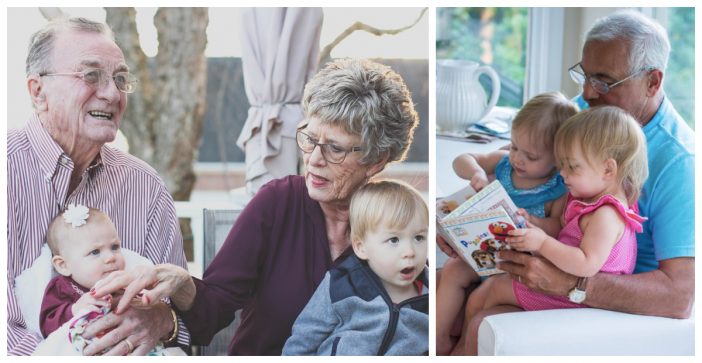 Who knew babysitting kids could actually help reduce stress? According to a recent study, grandparents who helped care for their grandkids or help others in need could actually live longer than those who don’t.

Ages 70 and older took part in the study, which consisted of over 500 participants total. The study showed that grandparents who participated in taking care of their grandchildren had a lower risk of death in a 20-year period than those who did not.

According to the study, there seems to be an apparent link between providing this care for their grandchildren and reducing stress. In that case, these activities should exemplify great benefits to the aging process and their overall well-being.

Dr. Factora concluded from the study that the demanding nature of keeping up with kids can keep the body young and age well. He also concluded that too much caregiving can also put a lot of stress on the body and actually give the opposite effect, causing the body to be overwhelmed.

This ultimately can cause stress and aging. It’s good to find a happy medium! So, grandparents shouldn’t go overboard on their babysitting duties.

Dr. Factora additionally concluded that the social interaction of caring for their grandchildren (or others) provides is key to benefiting their mental health. Ultimately, both their physical health and mental health are prolonged and they set themselves at a much lower risk for death.

No wonder my grandparents lived so long!

What did you think about this fascinating study? Be sure to SHARE this article if you thought it was interesting!