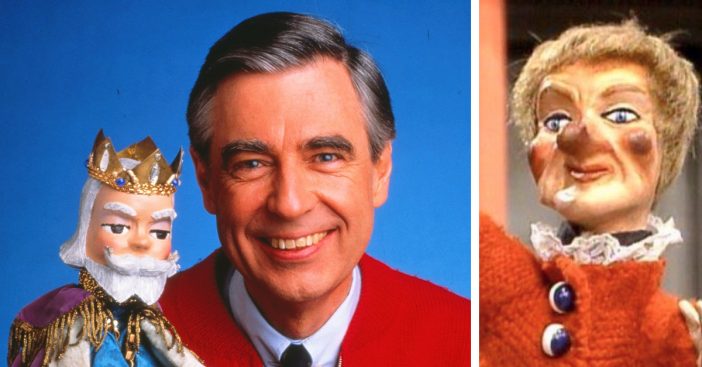 Fred Rogers, or Mister Rogers as we all know and love him, is one of the most iconic stars in the history of children’s television. He was known for his genuine kindness and gentle nature, especially in his show, Mister Rogers Neighborhood.

In Won’t You Be My Neighbor?, the new documentary features an in-depth look at Fred Rogers’ life. Here are some interesting facts about our favorite neighbors’ life!

1. He was bullied as a child

It’s hard to believe this ray of sunshine was actually bullied as a child. Back in the day, Rogers was an overweight child and was often teased for it. “I used to cry to myself when I was alone,” Rogers says in the documentary. “And I would cry through my fingers and makeup songs on the piano.”

2. He responded to ALL of his fan mail

Rogers began his daily routine of sorting through and responding to fan mail at 5 AM. He often received 50 to 100 letters per day from kids just telling him about their lives and how much he’s impacted them. He would respond to every single one he received.

3. Animals loved him as much as people did

It wasn’t just kids and their parents who had a love for Rogers. Koko, the gorilla who learned American sign language and recently passed away, absolutely loved watching Mister Rogers Neighborhood. When she finally had the chance to meet him, she couldn’t stay away! She was so excited.

4. He was an accomplished musician

No one can forget those times in Mister Rogers Neighborhood when he sat down, changed his shoes, and sang us all a heartwarming song. After beginning his education at Dartmouth, he soon transferred to Rollins College to pursue a degree in music. He was a very talented piano player in addition to being a wonderful songwriter. He wrote all the songs featured in Mister Rogers Neighborhood!

5. Speaking of, his shoes were actually born out of production consideration, not comfort

The decision to change his shoes for each episode of Mister Rogers Neighborhood was actually for production purposes, not necessarily comfort. The trademark sneakers he used to wear became a staple in the show when Rogers found them to be ‘quieter’ than his dress shoes as he moved about the set.

7. One of his sweaters was donated to the Smithsonian

One of Rogers’ iconic sweaters was donated to the National Museum of American History in 1984.

What did you think about all these cool Mister Rogers facts? Be sure to SHARE this with a friend if you loved it!