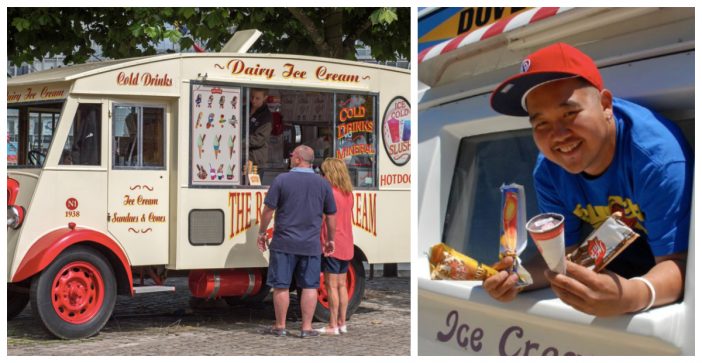 There are tons of hidden secrets and fun facts about ice cream trucks that we just never knew! Some ice cream truck drivers just decided to spill the beans for everyone and let us in on the secrets.

1. It can get too hot for business sometimes

Record highs can usually mean a decrease in sales. If it gets way too hot, around 90 or 100 degrees, sales go down because people don’t want to be outside. Contrary to popular belief, a lot of the trucks themselves aren’t even equipped with air-conditioning, so the drivers are dying of heat.

3. They have secret stashes of ice cream to give away to special customers

Some of the merchandise often gets damaged inside the wrapper, rendering it unattractive for sales. Some kids are aware of this and will ask the truck drivers if they have any “damaged ice cream” and the drivers are happy to give it away for those who are in on the secret.

Everyone always knew that the ice cream truck was coming when they heard that jingle. It could’ve been any song, but with a sing-song-y tune. Now, it seems that a lot of ice cream trucks are playing their own music. It goes as far as ’80s classic rock!

5. Sometimes their rivals will call the cops on them

Usually drivers will have a permit to do business in their town. If at any point they venture outside their town and other drivers are aware, sometimes they’ll call the police on that wanderer and have them escorted out of town! Some of these aggressive drivers really do mean business.

What did you think about these ice cream truck fun facts? Be sure to SHARE this article if you were surprised by any of them!

Previous article: 5 Tips On How To Protect Yourself From Ticks This Summer
Next Post: 5 Reasons Whole Milk Is Actually Better For You Than Skim Milk