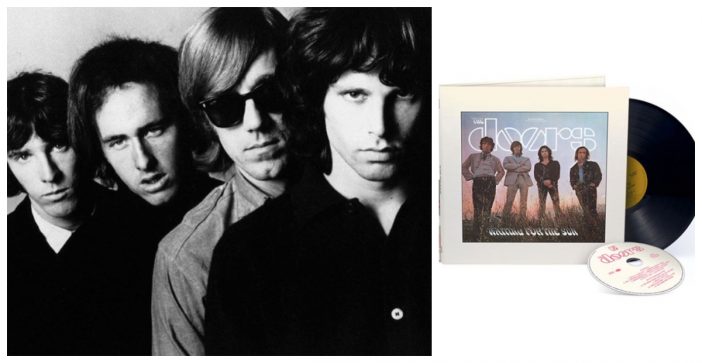 The Doors are celebrating their 50th anniversary with a reissue of their platinum-selling album Waiting For The Sun. The original album that was released in 1968, the album hit the top of the charts and became the band’s No. 1 selling album.

There will be 14 unreleased songs, most of them being rough mixes that were cut during the original sessions. “I prefer some of these rough mixes to the finals, as they represent all of the elements and additional background vocals, different sensibilities on balances, and some intangible roughness, all of which are quite attractive and refreshing,” said Doors engineer/mixer Bruce Botnick.

The remaining five unreleased tracks were recorded live at a 1968 Doors concert in Copenhagen, Denmark. Among these unreleased tracks include chart-topping singles like “Hello, I Love You,” “The Unknown Soldier,” and “Back Door Man”. The reissue will also be complete with a full remastered version of the album’s original on vinyl.

The full Waiting For The Sun 50th Anniversary Reissue tracklist can be found below:

The Waiting For The Sun reissue is set to be released September 14th, 2018. It is currently available for pre-order on The Doors’ official website as well as other music-listening platforms.

Are you excited for The Doors‘ 50th anniversary reissue of Waiting For The Sun? Be sure to SHARE this with your friends if you are!