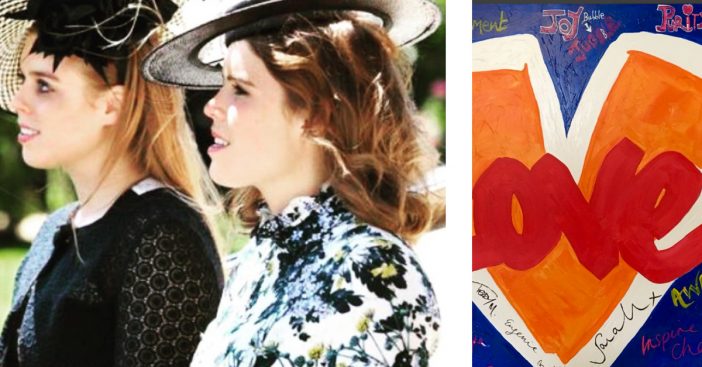 Meghan Markle recently made the news for breaking Royal protocol by crossing her legs, American style instead of the traditional British way. This time Princesses Beatrice and Eugenie and their mother, Duchess Sarah Ferguson broke Royal protocol.

Royals are typically not allowed to sign their name. If you ever see a Royal out and about with fans, they will never sign their name for anyone. This is to avoid fraud and their signature being duplicated.

However, the Duchess and Princesses broke Royal protocol for a great reason. They signed their names on a painting of one of Ed Sheeran’s guitars for charity. The painting will be auctioned off to benefit the charity, Children in Crisis.

Duchess Sarah shared the photo on Instagram to bring attention to her charity. According to their website, Children in Crisis was founded in 1993 by Sarah, Duchess of York, who remains their Life President. The charity brings education, care, and protection to forgotten children in countries such as Afghanistan, Liberia, and Sierra Lionne.

Meghan Markle found a loophole to this rule recently. She signed something for an excited fan but just didn’t sign her name. What a great way to show love to a fan.

If you enjoyed this article, please SHARE it with a friend who also loves reading about the Royal family!

Previous article: Billy Ray Cyrus Reveals It Took Him 10 Years To Get A Record Deal
Next Post: Son Builds His Aging Father A Useful Tiny Home So He Can Still Live Alone