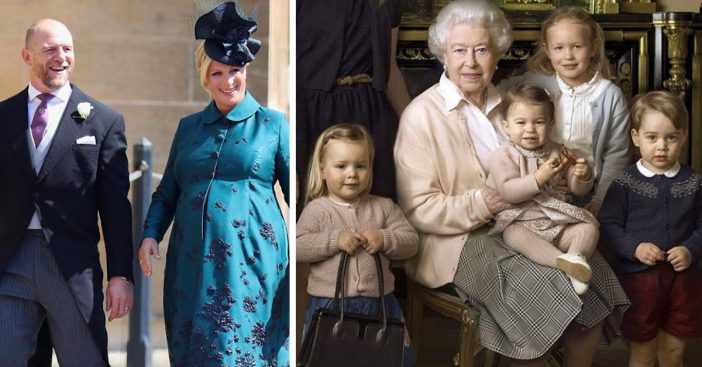 Zara and Mike Tindall have just newly announced the name of their second child – Lena Elizabeth Tindall! Why is Lena’s name so important, you ask? Because Lena shares her middle name with her great-grandmother, Queen Elizabeth II!

Lena is the seventh great-grandchild for the Queen and we all know she couldn’t be more thrilled to have another addition to the royal family. The newborn is now 19th in line for the throne.

Zara and her husband have a 4-year-old daughter, Mia, and now newborn Lena, but they previously suffered a huge loss with a miscarriage in December 2016. Mia, thankfully, was able to help them through their devastating loss and get them back on their feet to keep trying. Lo and behold, Lena was born.

Husband Mike talked to The Sunday Times about his family in May 2017, and specifically about his daughter Mia. He said:

“The saving grace for us has been Mia, our daughter who is now 3. However down we feel she will come running up in our faces. When I was playing I hardly saw her; now we can see her grow up. I can take her swimming and I can take her to Ninja Tots. You’ll never be able to see her there because she disappears in a puff of smoke.”

It’s safe to say he’s definitely an A+ dad! And we can’t doubt that Queen Elizabeth II must feel at peace as well after the ordeal.

Buckingham Palace released the official statement about Lena’s birth, stating that she was born at Stroud Maternity Unit in Gloucestershire on June 18th and weighed 9 lbs., 3 oz. Photos of the newborn have not yet been released to the public. The official name of the newborn baby girl was not released until a few days later and we know the Queen must feel honored! All the best to the lovely parents.

Lena shares a middle name with her cousin, Princess Charlotte, who was named after her great-grandmother and her late grandmother, Princess Diana.

What do you think of the special meaning behind Lena’s name? Be sure to SHARE this article with your friends if you absolutely love it!

Previous article: 7 Actors Who Were Seriously Injured On A Movie Set
Next Post: Whitney Houston’s Sister-In-Law Opens Up About Dark Family Secret In New Documentary ‘Whitney’