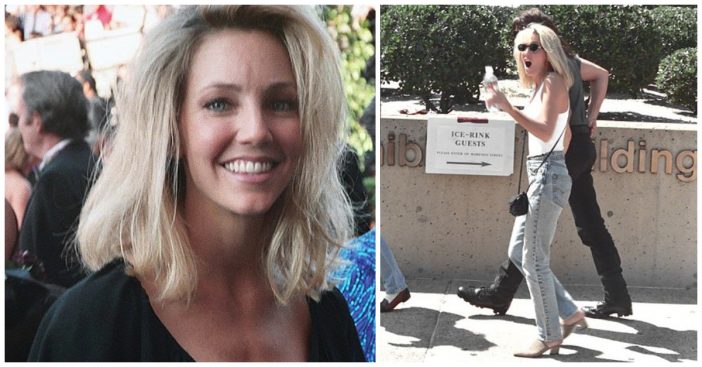 Iconic actress Heather Locklear, best known for her acting roles in TV shows “Dynasty” and “Melrose Place,” has been taken to the hospital for an apparent drug overdose, reports People magazine. This comes less than a day after her uncharacteristic run-in with the law.

Locklear was arrested late on Sunday night for alleged battery against a police officer and an emergency worker. The Ventura Sheriff’s Office stated that they responded to a 911 call from the actress’s house just after 11PM. According to the Sherriff, she appeared “heavily intoxicated” and was arguing with other subjects at the residence.

Heather Locklear was arrested Sunday on two misdemeanor counts of battery of emergency personnel, two months after she pleaded not guilty to battery in a separate incident https://t.co/VRd8ZvCWcQ pic.twitter.com/JH79ZYKb8b

After her apparent overdose, Locklear was taken to a nearby hospital in an ambulance.

Last week, Locklear was also admitted to the hospital, that time for a psychological evaluation. Apparently, she had been acting violent and people close to her thought she was suicidal.

Locklear has not yet spoken out about the recent incidents, but hopefully she recovers from whatever is going on in her life right now.

Best wishes to Heather Locklear, her family, and friends.

Previous article: How To Keep Mosquitoes From Biting You This Summer (And Reduce Your Risk Of Disease)
Next Post: 7 Strange Royal Jobs That You’ve Never Heard Of