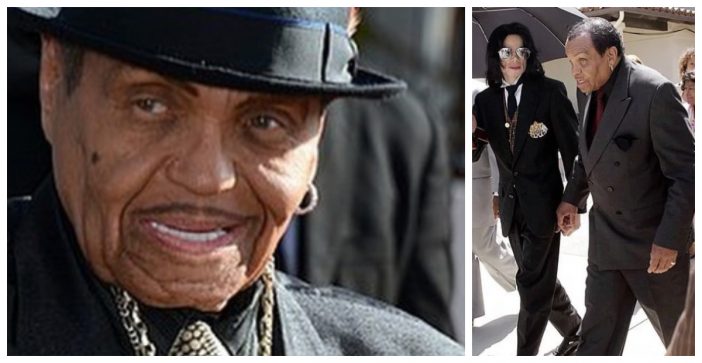 TMZ reported first that 89-year-old Joe Jackson is on his deathbed after a battle with terminal cancer. The disease is now in its final stages. Joe Jackson is the father of the incredible King of Pop, Michael Jackson.

His wife, Katherine, and some of his 11 children and grandchildren have flocked to his bedside in Las Vegas. According to his family members, he has very little time left and the cancer is unable to be treated.

Jermaine Jackson, one of Joe’s many sons, has spoken publicly about his father’s illness. Apparently, they had been struggling to hear updates about their father’s condition for awhile.

“No one knew what was going on — we shouldn’t have to beg, plead and argue to see our own father, especially at a time like this,” he told Daily Mail. “We have been hurting. We were not being told where he was and couldn’t get the full picture. Even from the doctor. My mother was worried sick.”

Furthermore, Jermaine has lashed out against journalists on social media, claiming he’s unhappy with some of the harsh headlines.

Joe is best known for managing The Jackson 5 and for his allegedly complicated relationship with late son, Michael Jackson. A tell-all book (written by the King of Pop himself) was released in 1988 claiming Joe hit Michael regularly.

In recent years, reports surfaced that Joe had been caught in a car accident and was rushed to the hospital. He later reported himself on his own website that he was fine, but his assistant endured broken bones.

It is unknown how long Joe has been battling cancer, but what we do know is that his name might be making headlines again sometime soon.

Be sure to share this article with your friends and send thoughts and prayers to the Jackson family!

Previous article: ABC Announces ‘Roseanne’ Spinoff Called ‘The Conners’ With Everyone But Roseanne Barr
Next Post: 7 Surprising Facts You Might Not Know About Red Robin