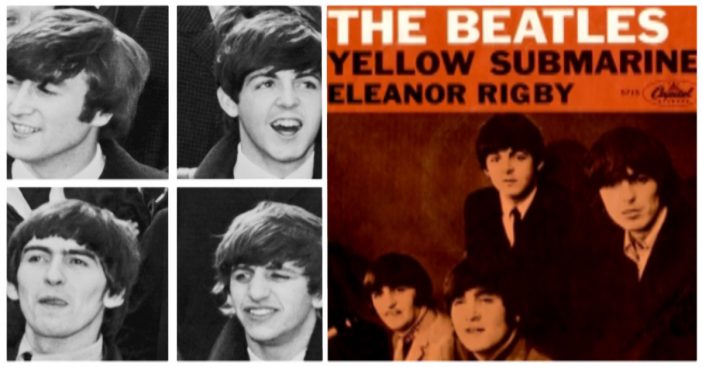 The Beatles‘ Revolver is an album many consider not just to be the band’s greatest, but the greatest record ever made. And with no instruments, how was it even possible?

Released August 5, 1966, Revolver defines the second half of The Beatles’ career showing how they made a seismic shift from a singles oriented band into masters of the recording studio.

Following on a mere six months from previous album Rubber Soul, Revolver saw the band move away from their beat-pop sound into a world of psychedelia, classical orchestration, tape loops and free-wheeling rock and roll.

Crucially, the album saw George Harrison step forward as a major song-writing force contributing three of the 14 tracks while imbuing the record with his love affair with Indian culture.

From the opening riff of Taxman through to closer Tomorrow Never Knows – possibly the most influential track of all-time – Revolver is in a select bunch of contemporary pop albums which can be regarded forever as a timeless classic.

Eleanor Rigby was the first Beatles track to contain no guitar at all.
In fact, none of The Beatles played instruments on it with Paul taking lead vocals and John and George contributing harmonies on backing vocals.
The song saw producer George Martin employ a classical string ensemble including four violins, two violas and two cellos.
Interestingly, all four Beatles contributed lyrics – Paul the majority and lead song-writing credit with George coming up with the “Ah, look at all the lonely people” hook and Ringo the line “writing the words of a sermon that no one will hear”.

Elanor Rigby, a HIT with no instruments played by them!