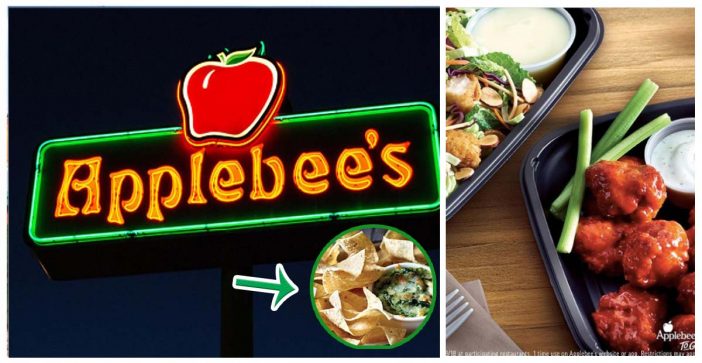 Applebee’s is one of the biggest and most popular food chains in the United States. It has an incredible menu that’s always revamping, it offers great drinks, and it has pretty fantastic service.

Founded in 1980, the restaurant has become a household name for those who may want a casual night out. However, if you’ve somehow never been to Applebee’s before, here are the things you need to know before going out to eat there!

1. The restaurant almost had a different name

At one point, the restaurant was almost called Cinnamon’s or Pepper’s. It was also almost called Appleby’s (with the some pronunciation) but owners had to change it up due to trademarks and licensing.

2. Applebee’s has won awards for being an amazing workplace

The restaurant has won awards for Forbes’ “America’s Best Managed Companies” and Hospitality Magazine’s “Chain of the Year.” It’s been recognized as a food chain that genuinely cares about its employees and always offers opportunities for career growth.

3. Appetizers are always half price after 9PM

Yes, this happens every single day. If you, your friends, or family are feeling a late night snack, you might want to hop over to Applebee’s for half priced apps. Your wallet will thank you for this.

4. Applebee’s is owned by IHOP

IHOP, the iconic breakfast restaurant, owns Applebee’s. (Or would they technically be owned by IHOb now?)

5. The chain removed soda from the kid’s menu

Other popular chains like Wendy’s, Burger King, and Panera removed soda from their kid’s menu, so Applebee’s followed suit. They made this move to persuade kids to pick healthier drink options, like water and milk!

It’s called WhatsApplebees, which is basically a spinoff of the popular messaging app “WhatsApp”. When customers download this app, it allows them to chat with other Applebee’s users inside the restaurant. You can only use it while dining at the restaurant though!

7. You can order Carside To-Go

Just call your location or place an order online for carside pickup. Once there, give the restaurant a call and let them know you’re outside and the car you’re driving so they can find you! They’ll bring your order right out to you so you don’t even have to get out of your car.

What did you think about all these Applebee’s fun facts? Don’t forget to share this article with a friend!