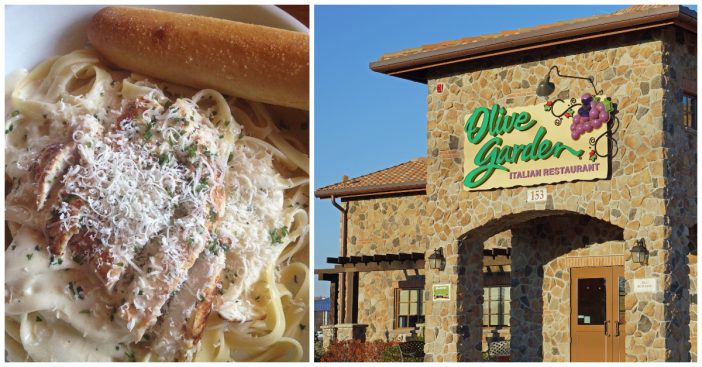 Most people in America have been to Olive Garden a few times in life (or have at least heard of it). Olive Garden is a popular Italian themed chain restaurant owned by the company Darden. It has over 800 restaurants in The United States.

Famous for their unlimited salad and breadsticks and never-ending pasta, Olive Garden has some secrets you may not know about.

Check out the list below to find out some fascinating facts about the restaurant:

The first Olive Garden opened in Orlando, Florida in 1982. By 1989, there were already 145 locations and now there are over 800. To this day, it is the largest Italian-themed chain restaurant in the United States.

2. Olive Garden is in other countries too

The U.S. isn’t the only country with the famous Italian restaurant, but it doesn’t have the same name everywhere. In fact, in Lima, Peru it isn’t called Olive Garden at all; it is called Olive Italian Restaurant. There are also Olive Gardens in Mexico, Kuwait, and Brazil!

3. Their parent company, Darden, was originally under General Mills

Darden, which owns other chains like Bahama Breeze, was originally under General Mills. All restaurants under General Mills were switched to one company, called Darden, in 1995. It was named after Bill Darden, the founder of Red Lobster.

4. The restaurant is modeled after a farmhouse in Italy

If you think the restaurant’s exterior and interior is supposed to look like Italy, you’re right. To be exact, all restaurants are modeled after a specific farmhouse in the town of Castellina in Chianti, Tuscany.

5. You won’t believe how much pasta, salad, and breadsticks they actually serve

According to a study in 2010, Olive Garden served 612 million breadsticks and 165 million large bowls of salad.

In 2013, Olive Garden introduced its “Never Ending Pasta Bowl” and served 13 million bowls of delicious pasta. They let you choose from six kinds of pasta and six sauces and let you eat all you can for $9.99. If you can truly stuff your face, this is a crazy good deal.

Do you love eating at Olive Garden? If so, what is your favorite dish?

If you enjoyed this article, make sure to send it to a friend!

Previous article: Woman Gets Shamed For Her ‘Tiny’ Engagement Ring So She Defends Fiancé By Wearing It Proudly
Next Post: ‘Silver Spoons’ Actor Ricky Schroder Admits He Hated Being A Teen Heartthrob