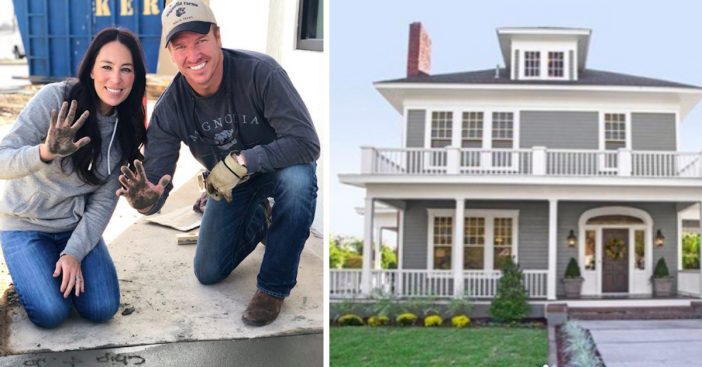 Fixer Upper is one of the most popular shows to ever air on HGTV. It was an overnight success, much in part to the strong bond that the husband-wife duo, Chip and Joanna Gaines, displayed. Their close relationship with their children, expert skills at flipping houses, and ability to draw viewers in week-after-week with shiplap made Fixer Upper the biggest show for five seasons in a row.

Sadly, for Fixer Upper fans at least, the show ended somewhat abruptly. Chip and Joanna announced at before season five aired that it would be their last season, as they wanted to take a moment to breathe. It came as a huge surprise, but not too long after that, the couple announced they were expecting their fifth child together. After that, it made sense that they’d want to focus on their family and other projects that might have been less time-consuming than flipping a house.

If you love Fixer Upper, you might have thought that everything on the show was real. Not that Chip and Joanna were ever trying to deceive their fans, but in reality, it isn’t uncommon for TV shows to fake a little bit. So what was it really like to be on Fixer Upper and what was made up?

You might think that there used to be a huge backlog of applicants that it took months to work with, but season 3 applicant Rachel Teodoro told Holy Craft that she applied to HGTV one day and got a phone call the very next day to be on the show. After that, everything was a “big, exciting blur.”

The houses were already in the sale process

In order to apply to be on Fixer Upper, the show producers highly suggested that the homeowners should already be under contract on a home. The application form was 68 questions long and requested that the applicants include information on the home. They were asked to send pictures of the house, dimensions, and specs on when the home was built.

So, that scene where Chip and Joanna showed the homebuyers three different houses within their budget was totally fabricated. The couple had already chosen their home before filming even began, so two of the houses were never actually in the running. This was to avoid having the filming process slowed down by any issues that can occur when home buyers are closing on a sale.

“Even though I had seen our home before our official tour with Chip and Jo, my negative reaction to how it looked was genuine. I was seriously hesitant that they would be able to make the house look good!”

They didn’t get to keep all of the furniture

Now, at the end of the show, the big “reveal” happened and things were staged down to the toilet paper chosen in the bathroom. If you’ve watched the show, you’ll see that there were always freshly baked foods, books laid out on display, and every room had a special Joanna Gaines touch. However, the furniture and home furnishings weren’t included in the budget ahead of time. The budget that they discussed in great detail was for just the renovation, A.K.A. to blow out the walls to create an open concept kitchen, or to install french doors in the bedroom.

Rachel Teodoro wrote on her blog:

The home is staged by Joanna, sometimes with items from the client’s current home supplemented with some items from Joanna’s shop Magnolia Market and other items that have been purchased for the home for staging. After the reveal, the clients have to make the hard decision on what items they want to purchase to keep in their home and what they want the crew to take with them.

Go to the next page to find out more about Fixer Upper‘s behind-the-scenes secrets!