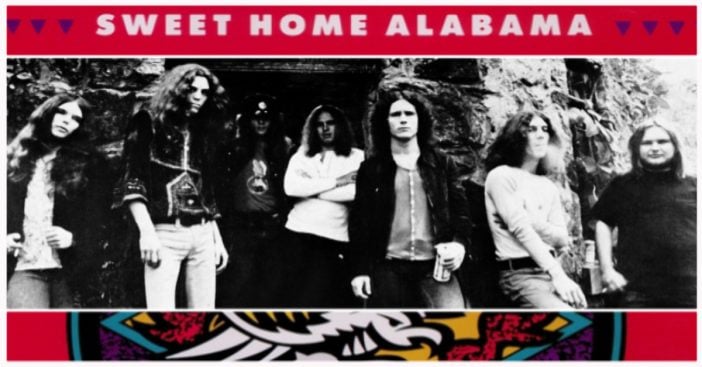 “Sweet Home Alabama” is a song by Southern rock band Lynyrd Skynyrd that first appeared in 1974 on their second album, Second Helping. We can thank Neil Young in part for the creation of this southern rock anthem. Neil Young wrote “Southern Man” and “Alabama,” to which Ronnie Van Zant decided to properly display the south. We were lucky enough to get “Sweet Home Alabama”.

It reached number 8 on the US chart in 1974 and was the band’s second hit single. The iconic song was also the first instance where Lynyrd Skynyrd featured backup singers on a song. This is perhaps the song out of all of their music, that just transports me directly back to the late 1970’s. As the opening guitar licks awaken, I can see the outfits, smell the smoke, and feel the music that is Lynyrd Skynyrd.

Sweet home Alabama
Where the skies are so blue
Sweet Home Alabama
Lord, I’m coming home to you

Sweet home Alabama
Oh sweet home baby
Where the skies are so blue
And the guv’nor’s true
Sweet Home Alabama
Lordy
Lord, I’m coming home to you
Yea, yea Montgomery’s got the answer