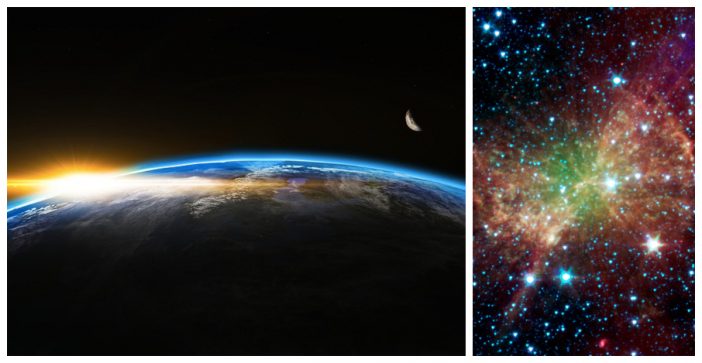 Outer space is absolutely incredible. We’re so small compared to what’s out there, and the truth is, none of us will ever really know everything about space. Our solar system is equipped with billions and billions of other galaxies and it’s so gigantic, it’s almost mind-boggling.

We learned about the planets in grade school, but the truth is there’s so much more than just Earth and Pluto (if you still count it as a planet)! Here are some absolutely mind-blowing facts about our solar system!

1. There may be life on Mars

Besides Earth, Mars may be the only other planet with other possible lifeforms. In 1986, Nasa found what they thought to be fossils of living things inside a rock recovered from planet Mars. There have been several more cases made alleging the possibility of life on Mars since then!

2. There might be a planet made out of diamonds

Scientists at Yale University conducted research that suggests a rocky planet called 55 Cancri e, may be compiled of a diamond/graphite surface. It’s 40 light years away, but can be seen in the constellation of Cancer.

Venus carries a slow axis rotation, which takes 243 Earth days to complete its day. The complete orbiting cycle of Venus around the sun is 225 days in Earth days. This means a year on Venus is 18 days less than a day on Venus. Talk about confusing!

4. All of space is completely silent

Since there’s no atmosphere in outer space, there’s no medium for anything to be heard, even space travel. Astronauts need to use special radio communication to be able to hear one another.

5. There is a large mass of ‘floating water’ somewhere in space

Astronomers have found a massive water vapor cloud that holds 140 trillion times the mass of water in Earth’s oceans alone. It’s about 10 billion light years away and it’s the largest water discovery ever found in space!

6. There is a theory about the moon being attached to the Earth at one point

The theory claims that when the Earth was a young planet, it was struck by a giant object that caused part of it to break off, creating what we know as the moon. Do you believe this theory?!

7. There is a volcano on Mars that is 3 times the size of Mt. Everest

Olympus Mons is the name of the volcano that still may be active on Mars to this day. It stands at 600 km wide and 21 km high.

8. There is an uncountable amount of stars in space

Because of how huge the solar system is, it’s impossible for even experts to predict just how many stars are in the night sky. Within our galaxy alone, the estimate is about 200 to 400 billion stars.

What did you think about these cool astronomical facts? Be sure to share this article with your friends and family if you enjoyed it!