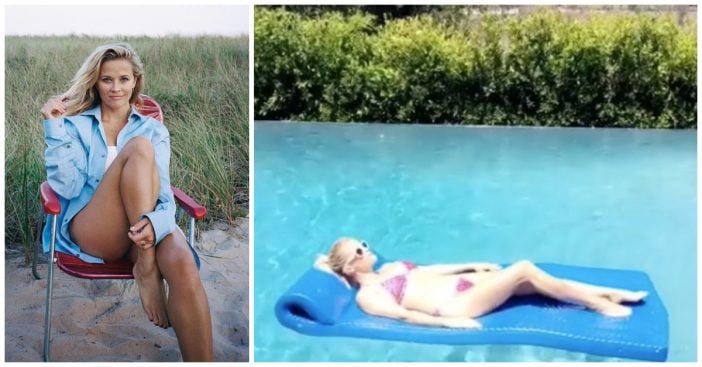 On Monday, it was reported that MGM was close to a deal with Reese Witherspoon for a third Legally Blonde movie. In addition to Witherspoon, they are bringing back most of the creative team from the first movie.

Kirsten “Kiwi” Smith and Karen McCullah, who turned the Amanda Brown novel into the 2001 first film, are said to be writing this script as well. The original producer Marc Platt and his Platt Productions president Adam Siegel are producing, and Witherspoon will also play a part in the production this time around with her company, Hello Sunshine.

The first Legally Blonde movie came out in 2001 and the sequel, Legally Blonde 2: Red, White & Blonde, came out in 2003. It has remained a popular hit, especially with the hit stage musical that continues to tour. The original movie grossed $141 million worldwide on an $18 million budget, and the sequel brought in $124 million on a $45 million budget.

The plot of the third movie is still a secret, but rumors are it will be closer to the theme of the first movie. The focus is on female empowerment and bringing back the movie and its characters to a new audience around the world. Fans are wondering what Elle Woods is up to this many years later or if they will pick up right where they left off.

Reese Witherspoon confirmed her role as Elle Woods in the new movie on Instagram by recreating an iconic scene from the movie where she floats in a pool in a pink bikini and sunglasses. The only thing that could make this video cuter is if Bruiser, Elle Woods’ dog, floated by as well!

Now that Reese Witherspoon has confirmed the third Legally Blonde movie, fans are starting to freak out.

Are you excited about the new movie? Do you think this movie will be another hit or will it flop with new audiences? Share this article with a fellow Legally Blonde fan!