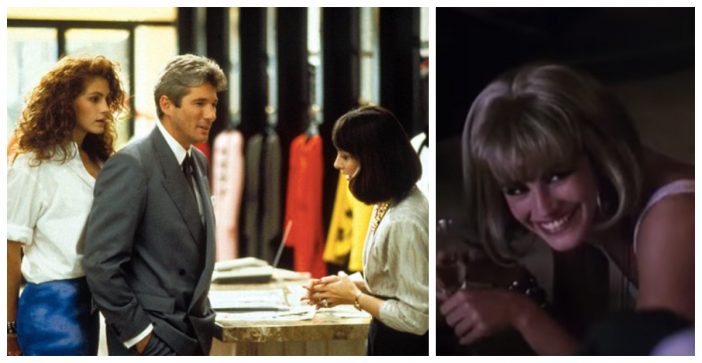 The fairytale film Pretty Woman has become an iconic movie due to the nature of the plot. The film’s scriptwriter has confirmed that the film could have ended in a much more somber tone.

The 1990 film stars Julia Roberts as a prostitute named Vivian. She becomes a one-week stand (as opposed to a one-night stand) for businessman, Edward Lewis (played by Richard Gere).

The comedy and romance-filled movie ends with your predictable fairytale happy ending. The two find true love and happiness in each other, despite their negative first impressions.

In the original script, the dynamic duo we’ve come to know have quite a different story. Vivian was originally going to be a drug addict and needed to prostitute herself to fund her addition. Whoa. More notably, Edward and Vivian were not going to end up riding off into the sunset happily ever after. It’s actually a really bleak ending.

The original ending was to be of Kit (Vivian’s prostitute friend) and Vivian on a bus heading for Disneyland. Kit is anticipating a fun day, completely funded by Vivan’s week with Edward. Vivian is gazing off into the distance, feeling empty.

According to DailyMail, Roberts was shocked by the unlocking of the original script, saying it was ‘a really dark and depressing, horrible, terrible story about two horrible people.’

If you like dark, depressing stories with no happy endings, this alternate ending might be for you. The original script does not provide any romance whatsoever. It also does not provide the fairytale ending that every woman dreams of.

The famous shopping scene with the song Pretty Woman playing also never happens in the original script. To think we might have never had that awesome song exist is criminal!

Edward also treats Vivian more as a possession than a love interest or even a person. That would probably be really hard to watch in comparison to the movie we know and love.

Did you absolutely love the 1990’s hit Pretty Woman? Make sure to share this around with your friends if you want to know more about the original script!

Check out the trailer for Pretty Woman below: