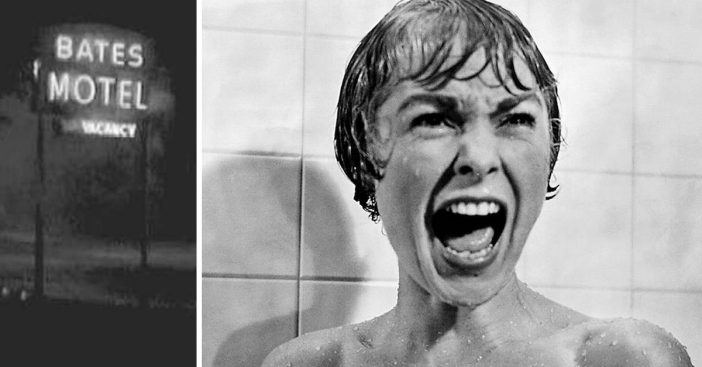 When Alfred Hitchcock’s Psycho premiered in 1960, it wasn’t expected to be successful. Yet despite the initial skepticism, it was an immediate hit at the box office and is now regarded as one of the most influential films in cinematic history.

The character of Norman Bates has become one of the most notorious killer-psychopaths in film over the last five decades. Plus, the film had one of the most surprising endings in cinematic history. Check out these little-known facts about Psycho!

1. Alfred Hitchcock withheld the ending of the movie from the cast

We’re kicking off our ‘crazy’ list with a little known Alfred Hitchcock fact! On the first day of filming, director Alfred Hitchcock made the Psycho cast hold up their right hand and swear that they would not divulge any information about the film to anyone outside the group. On top of that, he also kept the ending from them until it was time to film it.

Additionally, he purchased as many copies of the Robert Bloch novel as he could to try and hide the ending from his audience.

2. There are several rumors about the infamous shower scene

There was a false story that Hitchcock used ice cold water to get a realistic scream from Janet Leigh during her shower murder scene. But this wasn’t true — she was just able to scream really well. Unlike the rest of the cast, Hitchcock did not hide the fact from her that Marion Crane dies in the film and told her the ending for her character.

In order to replicate the sound of a knife entering human flesh, they plunged a knife into a melon. You’ll never look at a melon the same way again!

4. The actor who played Norman Bates had a similar childhood to the character

In the film, Norman tells Marion Crane, “She had to raise me all by herself after my father died. I was only five and it must have been quite a strain for her.” In real life, the actor who played Norman, Anthony Perkins, lost his father when he was five years old and his mother had to raise him by herself.

5. There are multiple hidden hints to birds in the movie

Marion’s last name is Crane, Norman Bates’s hobby is stuffing birds, and Norman even goes on to say that Marian eats like a bird. This was all intentional, as Alfred Hitchcock’s next film was The Birds.

Instead of using fake blood, Alfred Hitchcock opted for chocolate syrup. Apparently, it showed up much darker in the black and white film.

7. The studio thought Psycho would bomb

In fact, they were so confident it would not do well, they agreed to make Hitchcock’s salary 60% of the film’s box office success. They thought this would be a pay cut, as his standard salary was $250,000. The movie ended up being a sleeper hit and Hitchcock earned $15 million.

8. There are hidden symbols of good and evil in the opening scene

Marion Crane is wearing a white bra in the opening scene because Hitchcock wanted to portray her as angelic. After she steals money, the following scene has her in a black bra, because she had then committed an act of evil

9. The film didn’t need to be shot in black and white

This choice was made by the director. He chose not to film in color, as he thought it would be too gory. Along with that, Hitchcock also wanted to save as much money on production as possible. Filming of Psycho ended up coming in under $1 million.

10. Norman Bates is based on a real person

The novel that the film is based on was inspired by Ed Gein. He was known as The Butcher of Plainfield, as he exhumed bodies from the local cemetery and fashioned trophies and keepsakes from their skin and bones. Ed Gein only admitted to murdering two people during his spree, but his crimes also inspired Deranged: Confessions of Necrophile, The Texas Chainsaw Massacre, and The Silence of the Lambs.

“The Ed Gein murders took place in a small town 40 miles away from the one I lived in at the time,” said Bloch. “I knew few details, but the idea that a man could become a mass-murderer in a little rural village where people had known him all his life but never suspected his activities — this immediately suggested a story plot. Psycho was the result. I invented my Norman Bates character, not learning until years later that what I imagined was close to the reality of Ed Gein’s personality pattern. Once I had a clear understanding of my character, the book came easily, in perhaps six weeks or so of actual writing.”

11. There Were Numerous Sequels to Psycho

Hitchcock’s original was deemed such a cinematic classic, that the idea of doing a sequel was considered blasphemy. That being said, 1983’s Psycho II was anything but, picking up 22 years later with Anthony Perkins’ Norman Bates being released from the mental institution and someone immediately trying to drive him mad again. Directed by Hitchcock enthusiast Richard Franklin, it stands as the perfect companion piece to the original. This was followed by 1986’s  Psycho III, a terrible 1987 TV movie titled  Bates Motel, the prequel cable film Psycho IV: The Beginning, a pointless shot-by-shot remake of the first film in the form of 1998’s Psycho (with Vince Vaughn as Norman Bates) and the 2013 to 2017 television series Bates Motel, featuring The Good Doctor‘s Freddie Highmore as Norman.

12. Hitchcock Was Drawn to Psycho By The Shower Murder of Marion Crane

“It was the suddenness of the murder in the shower, coming, as it were, out of the blue,” noted Hitchcock, whose credits up until that time included Rear Window, Vertigo and North by Northwest. “I didn’t start off to make an important movie. I thought I could have fun with this subject and this situation. It was an experiment in this sense: Could I make a feature film under the conditions of a television show? I used a complete television crew to shoot it very quickly. The only place where I digressed was when I slowed down the murder scene, the cleaning up scene other scenes that indicated anything that required time. The rest was handled the same way they do it in television.”

13. Psycho Was an Example of Audience Manipulation

In an interview conducted by filmmaker Francois Truffaut, Hitchcock explained, “The public always likes to be one jump ahead of the story; they like to feel they know what’s coming next. So you deliberately play upon this fact to control their thoughts. The more we go into the details of the girl’s journey, the more the audience becomes absorbed in her flight. When Anthony Perkins tells the girl of his life in the motel, and they exchange views, you still play upon the girl’s problems. It seems as if she’s decided to go back to Phoenix and give the money back, and it’s possible that the public anticipates by thinking, ‘Ah, this young man is influencing her to change her mind.’ You turn the viewer in one direction and then in another. You keep him as far as possible from what’s actually going to happen. Psycho has a very interesting construction and that game with the audience was fascinating. I was directing the viewers. You might say I was playing them, like an organ.”

14. Anthony Perkins Was Not Involved with the Shower Scene

Amusingly, Anthony Perkins actually had nothing at all to do with the shower scene. “I was in New York rehearsing for a play when the shower scene was filmed in Hollywood,” he explained. “It is rather strange to go through life being identified with this sequence, knowing that it was my double. Actually, the first time I saw Psycho and that shower scene was at the studio. I found it was really scary; I was just as frightened as anybody else.”

15. And Now a Word From Mother 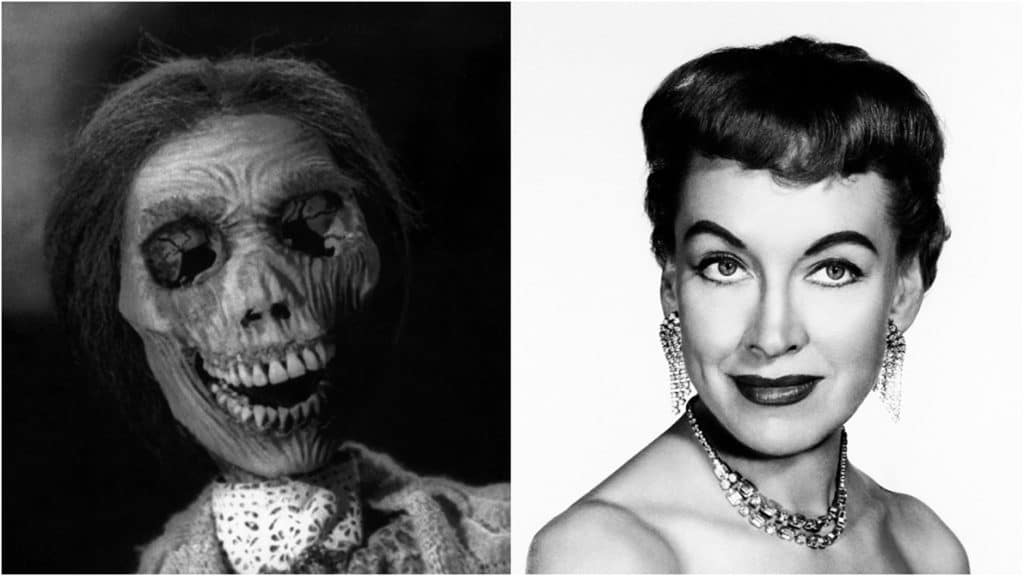 One of the strongest personalities of the first three Psycho films is “Mother,” or, more accurately, the version of Mother living inside of Norman Bates’ mind. That is the one who we frequently hear arguing with Norman. Bringing her vocally to life was actress Virginia Gregg, who discussed the part in an exclusive interview back at the time of Psycho III‘s release. “I’d been in the movies Operation Petticoat and Body and Soul, and I did a lot of voice work for Hanna-Barbera,” she said in what was an exclusive interview. “When the voice of Mother came up, Hitchcock was, of course, alive and he hired me. I did my work in the recording studio; I never appeared on the stage at all. I hadn’t met Tony Perkins yet. Then Psycho II came up and they called me back, and it was, again, in a recording studio. Now this time, with Psycho III, because of the way it’s set up, he talks directly to her. Tony Perkins apparently felt that he would like me behind the camera so he could talk to me.

“She’s the same old bitch she was in the other two,” she added with a laugh.

If you liked this article, please SHARE it with your friends and family! And find out some more about the infamous shower scene in the video below!