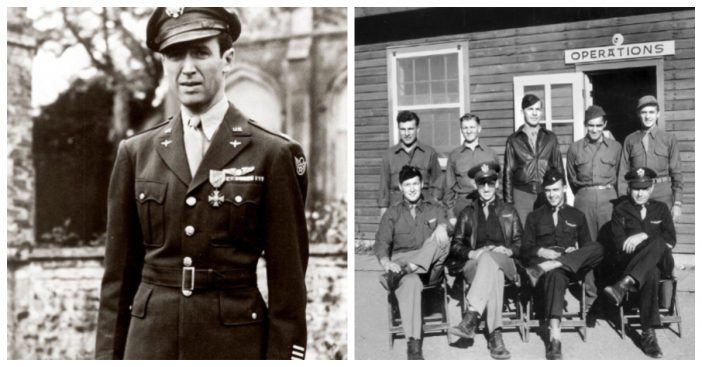 Douglas joined the US Navy in 1941. He served as a communications officer in anti-submarine warfare. Douglas soon received a proper medical discharge due to previous war injuries.

Marvin left school at 18 years old to enlist in the United States Marine Corps Reserve. He served with the 4th Marine Division during WWII.

Academy Award winner Charlton Heston enlisted in the military at the age of 21, serving for two years as a radio operator and an aerial gunner. He never actually witnessed combat since he was stationed at the Alaskan Aleutian Islands.

The actor ironically starred in a miniseries entitled “World War III,” in which he played the President of the United States, Thomas McKenna. However, he did experience real-life military experience as an aircraft mechanic in World War II.

Baker had a unique yet useful tactic in her ways of serving during World War II. Besides providing entertainment for the troops, she sheltered refugees and performed the dangerous work of delivering secret messages including military intelligence.

Do you recognize any of these familiar faces? Make sure to share this piece of Hollywood history with your friends and family!