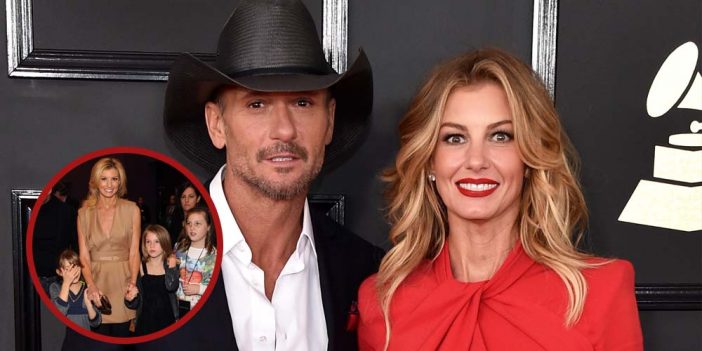 Tim McGraw and Faith Hill are country’s biggest power couple. Nothing makes the world happier than seeing a happy couple stick through thick and thin and have a long-lasting relationship. It gives us hope in this weary world for something better. Tim and Faith first met each other at the New Faces Show in Nashville in 1994, but they didn’t get together until after they went on a joint tour in 1996. They were later married that same year!

Their oldest daughter Gracie Katherine was born in 1997, then Maggie Elizabeth came in 1998, and Audrey Caroline was born a few years later in 2001.

Tim and Faith have always been protective parents

Some parents use social media to post videos and pictures of their children daily, while others will never post photos of their children’s faces online. When the girls were much younger, Tim and Faith worked hard to keep them out of the public eye. Now that their girls are a little more grown up, the parents enjoy posting throwback photos on social media.

All three of the daughters can sing

“The one thing we stress is that you don’t get things handed to you on a silver platter—you have to work for the things you want,” Faith said to beauty blog, New Beauty in 2017. “They know it takes hard work. You don’t just arrive.”

But only one of the three daughters has actually sung publicly

While their parents love their voices, only the eldest daughter, Gracie, has sung in front of a huge crowd. The almost 21-year-old has joined her father on stage for duets.

Gracie didn’t learn how to play guitar from her famous father, in fact, she taught herself when she was in high school! She didn’t even tell her parents while she was learning.

Though they have three daughters who all look like them in some aspect or another, Faith Hill and Tim McGraw’s middle daughter, Maggie, looks just like her famous mom.

Instead, she seems very interest in marine biology!

“Maggie is a free diver,” her father told Country Countdown USA. “She’s always been interested in the ocean, so her primary interest is marine biology. She’s just about to start college, and we’ll see where it takes her. But that’s always been her biggest interest.”