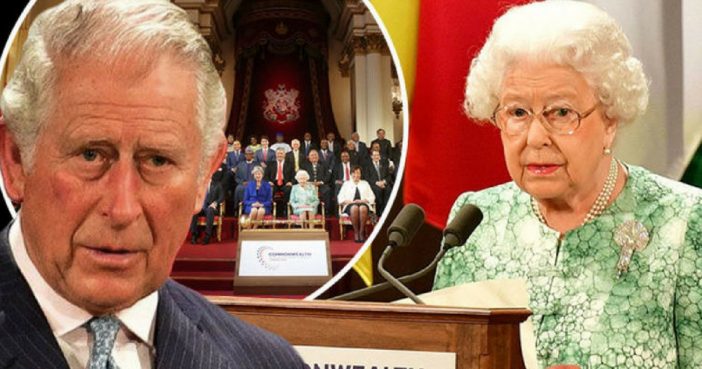 The Queen welcomed leaders from the 53 Commonwealth nations to the palace for two days of discussions on topics such as trade, marine protection, and cybercrime. Heads of state, high commissioners, and foreign ministers have begun arriving at Buckingham Palace ahead of the Queen’s opening of the Commonwealth Heads of Government Meeting (CHOGM).

The meeting, taking place in Britain for the first time in 20 years, is seen as a chance to reconnect with former British colonies and revitalize the loose alliance of 53 Commonwealth countries ahead of Brexit. The Commonwealth evolved out of the British empire in the mid-20th century, and the Queen has been its head since her reign began in 1952.

A spectacle of pomp and pageantry was staged to welcome the dignitaries, with a guard of honor and flag bearers displaying the flags of the Commonwealth’s 53 member states waiting to greet them.

Amid tight security, which has seen the streets around the Queen’s official London home cordoned off, motorcades began to drive into the palace forecourt.

Today at the formal opening of #CHOGM2018 we are welcoming heads of government from across the Commonwealth with a guard of honour from @ColdstreamGds and music from @ColdstreamBand outside Buckingham Palace.@RoyalFamily pic.twitter.com/yxCgidovHA

The Queen, who addressed the Commonwealth heads of government in the Buckingham Palace ballroom at the official opening of CHOGM, said it was her sincere wish that Prince Charles would “carry on the important work” started by her father, George VI in 1949.

In an explicit speech, The Queen has expressed her “sincere wish” that her son, the Prince of Wales, will one day succeed her as Head of Commonwealth, in the clearest signal yet about the future of the family of nations.

Page Page 1 of 3
Previous article: Class Poses For A Photo. 30 Years Later Her Fiancé Notices Bottom Left Corner And Gasps
Next Post: Texas Teen Takes Mom To Prom, Goes Viral: ‘It Meant The World To Me’