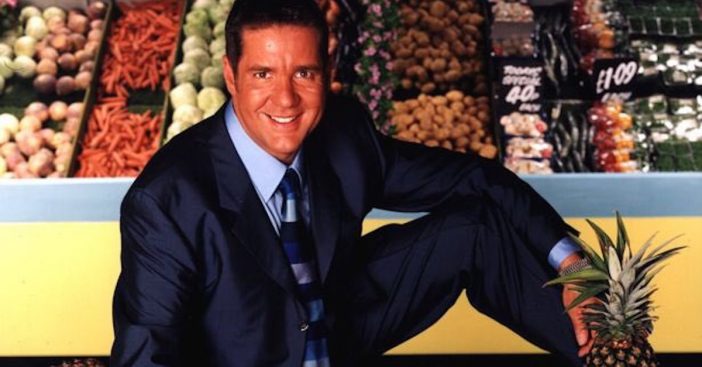 Dale Winton, known for game shows like Supermarket Sweep and In It to Win It, has passed away. He died on April 18, 2018, at only 62 years old.

According to the BBC, Dale’s longtime agent Jan Kennedy announced his death in a statement. She said, “While we know many will share this terrible loss, we ask that you respect the family’s privacy at this time of grief.”

Dale began his television career in 1987, on the U.K.’s Channel 4. He hosted Dale’s Supermarket Sweep from 1993 to 2000. During this time, he gained many fans, who are now grieving his death.

So sorry to hear about the untimely death tonight of Dale Winton aged 62, he was a great all round entertainer and such a wonderful character. R.I.P. Dale… pic.twitter.com/xliot7cbeV

Many of Dale’s followers took to Twitter today to express their sadness.

No further details about Dale’s death have been released at this point.

So very sad about the gorgeous Dale Winton worked with him many times ! 62 is no age it’s hard to believe he’s gone . Good night lovely man xxxxx

Previous article: Here’s What The Cast Of “Beverly Hills 90210” Looks Like Now
Next Post: Have Mercy! John Stamos Has A ‘Fuller House’ As He And Wife Welcome A Baby Boy