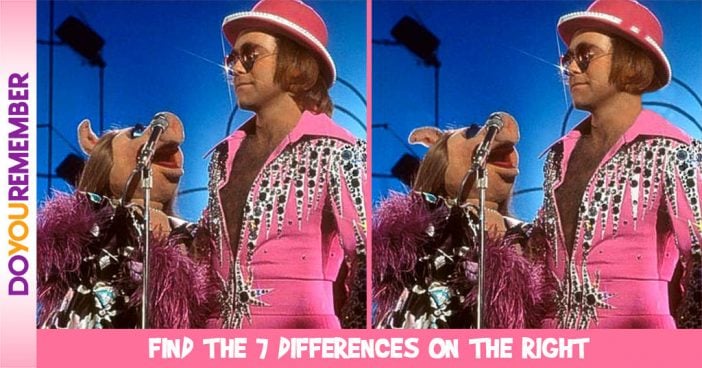 Sam the Eagle is appalled by guest star Elton John, who he says “dresses like a stolen car.” When Kermit tells him that musicians as celebrated as Mozart have always dressed extravagantly, Sam confidently bets that it is untrue. Unfortunately for Sam, he is proven wrong and is forced to introduce the closing number wearing an outfit that rivals Elton’s for its flashiness.

Scooter, on the other hand, appears to be Elton’s biggest fan, introducing him as “the greatest talent in the history of the universe.” When he asks Kermit if he can perform a song he wrote for Elton, the frog resists but, as usual, eventually caves–the go-fer’s uncle does own the theater, after all. But after Scooter and a chorus of Muppets in outrageous outfits perform the song, which consists entirely of “la-la-las,” Kermit apologizes to his guest star, claiming it to be possibly the worst song he has ever heard. Unfortunately, it turns out that Elton wrote the song–“Bennie and the Jets.”

Meanwhile, the Swedish Chef tries to cook an omelet, but his chicken only lays ping-pong balls, so he decides to cook the chicken instead and ends up chasing it with a cleaver throughout the show, even interrupting such onstage sketches as Pigs in Space.

1. The Back Pole is Missing

2. Miss Piggy’s Ear is Down

3. Her Eyes are Closed

5. His Hair is Shorter

6. Some of the Rhinestones on His Chest are Gone

7. His Belt Rhinestones are Duplicated