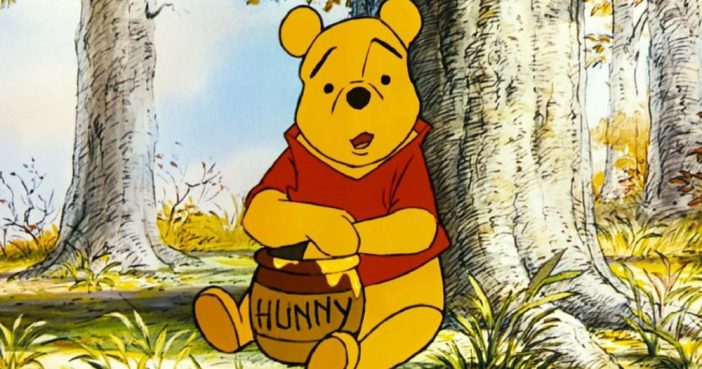 You’re all familiar with this friendly, pantsless, honey addict, right?

Well, what if we told you that everything you thought you knew about Winnie the Pooh was an LIE?

PUT SOME CLOTHES ON, YOU WEIRDO.

According to a new book, Finding Winnie: The True Story of the World’s Most Famous Bear, the semiliterate bear is actually NOT British. She’s Canadian.

Pooh was based on a real-life black bear cub purchased by a Canadian vet from a trapper in 1914.

The vet named the bear Winnie after his native Winnipeg. He brought the bear with him to England, where Winnie served as a mascot for his regiment. (No word on Piglet.)