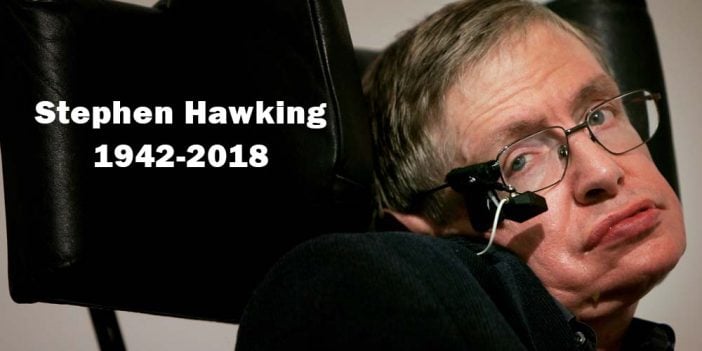 Stephen Hawking, the brightest star in the firmament of science, whose insights shaped modern cosmology and inspired global audiences in the millions, has died aged 76.

His family released a statement in the early hours of Wednesday morning confirming his death at his home in Cambridge.

Hawking’s children, Lucy, Robert, and Tim said in a statement: “We are deeply saddened that our beloved father passed away today.

“He was a great scientist and an extraordinary man whose work and legacy will live on for many years.

“His courage and persistence with his brilliance and humor inspired people across the world.

“He once said, ‘It would not be much of a universe if it wasn’t home to the people you love.’ We will miss him for ever.”

Page Page 1 of 4
Previous article: Waterbed Inventor Says They Are Due For A Comeback
Next Post: The Greatest Movie Decade of All-Time: The 1970’s