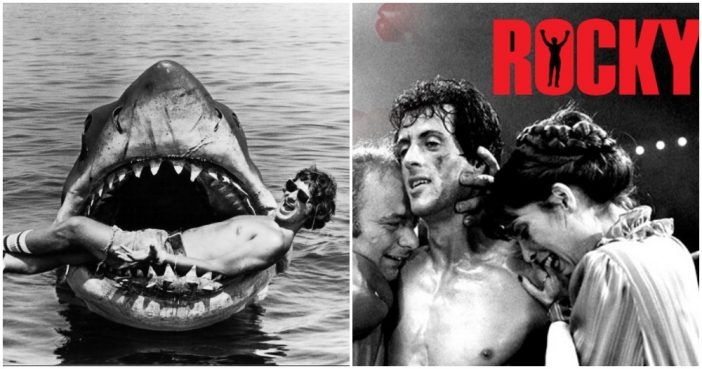 “Oh man, those 1970s directors…they got it”. The line of dialogue you could expect to hear in any first-year film studies class, but, you know what? There’s a lot of truth to the statement. The film output of the 1970s is of such a consistently high quality that it’s hard to argue that it wasn’t the best decade for the film industry. It certainly was for American film. The inmates were running the asylum after the failure of the studio system and, while they would eventually ruin it for themselves, for a time the director, any artist, was king.

The 1970s was a decade of experimentation. People were experimenting with sex and drugs, and they were also experimenting with film. It was a time of social change and the films of the era reflect that change. There is a sense when watching a lot of films from the era that was dubbed ‘The New Hollywood’ (roughly 1967-1980) that they really thought that anything was possible. Inspired by European art and independent cinema, seventies films had a very different aesthetic that made them different from anything that had come before them. They were gritty, narratively complex, violent and, at times, uncomfortable and uncompromising.

When you look at the quality of films, no decade can touch the ’70s. The seventies really was the best decade for film. Honorable Mentions: Dog Day Afternoon, Five Easy Pieces, The Sting, Mean Streets, Chinatown.

‘In space, no one can, ear you scream’ Alien is spectacular a film that is doubly impressive given that it was made in the 1970s. The seventies was a very different decade and science-fiction/horror films were not exactly en-vogue at the time. Although the bar was raised with Star Wars, special effects were constantly evolving and improving and Alien features some truly state-of-the-art effects designed by H. R. Giger. Chestburster, anyone?

The story is fairly simple and actually has a lot in common with a little-seen Italian B-movie, Mario Bava’s 1965 film Planet Of The Vampires. But it is claustrophobic, tense and genuinely scary in a way that few films are. Plus it has one of the strongest female characters of all time in Sigourney Weaver’s Ripley. The sequels received a mixed reception, but the original stands as one of the greatest science-fiction films ever made. ‘Who will survive and what will be left of them?’ Tobe Hooper’s 1973 horror film The Texas Chainsaw Massacre is exhausting. When you’re done watching the film you feel like you’ve just survived a night running away from Leatherface and family. That’s just the way it should be, of course. Chainsaw is 1970s guerrilla filmmaking at its finest: shot on a budget of just $300,000 with a cast of unknowns, the crew was stretched for resources filmed every day of the week for long hours in the Texas heat. The strain of the production really comes through in the finished film: you can sense the actors’ anguish.

The film received many complaints and was banned for its violence when, in reality, it’s not really all that violent. You think you see a lot more than you actually do, and there were other, more mainstream films, doing things just as violent and getting away with it. The Texas Chainsaw Massacre has had an incredible impact on the horror genre and has, as is standard with the genre, become a franchise. The returns have diminished with each sequel and remake, but nothing can take away the impact of the original film.

‘His whole life was a million-to-one shot’ Rocky Balboa may be an iconic character that made Sylvester Stallone a star, but, for a time, it looked as if the film might not have been made at all. Stallone wrote the script to Rocky after Chuck Wepner went fifteen rounds with Muhammad Ali in 1975 with Rocky being an amalgamation of several different fighters including Rocky Marciano and Joe Frazier. Sly would only sell the script to United Artists if he could star in the film, with the studio preferring Robert Redford, Ryan O’Neal, and Burt Reynolds.

The studio eventually acquiesced on the condition that the budget was kept low and changes were made to the script and the rest is history. Rocky cost just shy of $2 to make and returned a staggering £225m at the worldwide box-office, winning Best Picture and Best Director for John G. Avildsen at the Academy Awards and spawning a (to date) five sequel franchise. For all of the jingoism, rabble-rousing and iconic scenes in the later films, the original is pretty melancholy at times. Hell, Rocky doesn’t even win the fight against Creed.

‘The night he came home’ John Carpenter’s 1978 film is ten times as scary as most contemporary horror could ever wish to be and it accomplishes this without resorting to ultra-violent nastiness. Carpenter, a director who has claimed he would have loved to direct in the Studio system of the 1930s and ’40s, made an incredibly tense film that spawned the slasher genre.

The tropes and tricks used in Halloween were cliches by the mid-1980s, but Halloween has stood the test of time. Watching it today, the film still scares. Much of the credit has to go to Carpenter’s simple yet very effective score and use of shadows and light. Made for $250,000 the film grossed $70m at the box-office, become one of the most successful independent films of all time. Several sequels, spin-offs, and remakes have followed, but nothing touches the ’70s original.

‘Anarene, Texas, 1951. Nothing much has changed…’ Peter Bogdanovich’s film is a very 1970s take on the coming-of-age story. It’s about kids in a small Texas town who discover sex and other grown-up things and how they react to the pressure of these new experiences. Written down, it sounds like an American Pie film, but The Last Picture Show couldn’t be further from it. It’s a restrained, intimate look at small-town life and relationships. Performances by Cybil Shepherd and Jeff Bridges are on-point, but Ben Johnson and Ellen Burstyn are even better.

Johnson won an Academy Award for Best Supporting Actor, despite his protestations that he would never make the film. Bogdanovich managed to persuade Johnson that he’d win the Oscar if he took the part and, true to his word, he did. The film received a host of other awards and nominations and is generally regarded as one of the best films of the 1970s. It is one of the rare films that have a 100% fresh rating on Rotten Tomatoes (based on 47 reviews). Cloris Leachman won an Academy Award for Best Supporting Actress for this film. Her acceptance speech is included below.

‘The damnedest thing you ever saw!’ When most people hear the word Nashville they probably think of the somewhat cheesy ABC drama series, but, for fans of ’70s cinema, there is only one Nashville: Robert Altman’s 1975 country music epic. There are a staggering 24 main characters in the film and Altman briskly alternates between their stories, characters dipping in and out of the film as the ‘plot’ dictates. Altman’s loose, improvisational style is on full display here. The actor’s wrote and recorded their own songs and everything that is in the film was done ‘live’.

Nashville was a critical triumph upon release with influential critics like Pauline Kael and Roger Ebert giving it glowing reviews and calling it the best film of the year. The country music community was less enthusiastic, however, claiming that the film made fun of their sincerity and talent. Altman claimed they were bitter because he chose to use actors instead of them. Whatever your opinion on the film, it remains an impressive achievement in the history of American cinema.

‘A nervous romance’ Woody Allen, the man who has been releasing a film every year for the past thirty years, was still an up-and-coming talent in the 1970s. His earlier works (such as Bananas and Sleeper) were farces that received mixed reviews, but 1977s Annie Hall showed Allen’s penchant for comedy, drama, and romance. It was a dramatic shift for the director, but one that was very well-received: Roger Ebert once remarked that Annie Hall was ‘pretty much everyone’s’favorite Woody Allen film.

Indeed, Annie Hall stands out as Woody’s funniest, sweetest and, well, best film. It even beat Star Wars at the Academy Awards, winning Best Picture, Best Director, Best Screenplay and Best Actress for Diane Keaton’s wonderful portrayal of the title character. The film’s fingerprints can be seen over a plethora of romantic comedies since.

‘The only thing more terrifying than the last 12 minutes of this film are the first 92’ Dario Argento’s technicolor nightmare is as beautiful as it is scary. Argento is perhaps the most famous and respected of the Italian horror directors that came to prominence in the 1970s and ’80s and many often cite Suspiria as his masterpiece. You can see why.

It is absolutely gorgeous, filled with lush reds, blues and greens. The murder set-pieces are unlike anything seen in horror cinema in the 1970s, owing a great deal to old masters like Orson Welles and Hitchcock, but with a hyper violent twist. The film’s typically 1970’s score by Italian prog-rockers Goblin adds to the surreal nature of the film. While it didn’t make a lot of waves in America or the UK in the 1970s, the film has found an audience on VHS and DVD and has since become a cult classic. A rumoured remake has, thankfully, been cancelled.

‘Doyle is bad news – but a good cop’ The French Connection is one of the best crime thrillers of all time. The film, which is about a pair of New York narcotics cops who uncover a drug smuggling operation, set a new standard for police films and features one of the most intense car chases in cinema history. The film’s director William Friedkin decided to shoot the film with a realism hitherto only seen in documentary films and the results are something to behold. The car chase, in particular, makes you feel like you are a witness to something that is really happening. This could be because Friedkin didn’t bother to secure permits to shoot the chase and filmed it illegally with the help of off-duty NYPD officers.

Many mistakes happened during the frantic chase and a man who was on his way to work had his car smashed into during the mayhem. He had no idea a car chase was being filmed. The material may just be a take on the old cops and robbers formula, but Friedkin’s direction and the performances from Gene Hackman and Roy Schneider raise this one above the rest.

‘Television will never be the same’ Sidney Lumet’s satire of network television was eerily close to predicting the future of the medium. While it didn’t specifically namedrop Jerry Springer or The Kardashians, it certainly did its best to warn us for the evils to come. The story concerns Howard Beale, a long-serving anchor who is told that he will be fired within a fortnight because of his declining ratings. Beale threatens to kill himself on air on his next broadcast and produces a bunch of long diatribes condemning contemporary society.

Eventually, drastic measures are taken to contain Beale, whose popularity is rapidly increasing. The performances in Network, like many ’70s films, are absolutely first-class. Peter Finch as Howard Beale is especially good and he was posthumously awarded the Academy Award for Best Actor in 1977. Network is a film that is perpetually relevant.

Continue on for the final ten, beginning with the film that kept a generation out of the ocean for years… 🙂