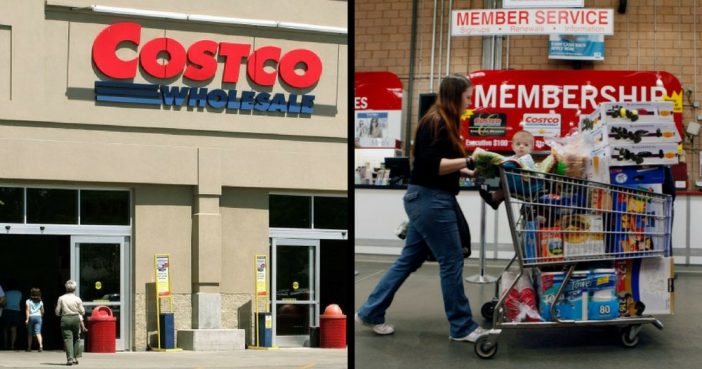 Big box warehouse clubs like Costco can seem like a great option for couples and families searching for the most economical way to buy the things they need. You can buy nearly all of your essentials there if you’re willing to buy a large quantity. Oftentimes, it seems like absolutely everything at Costco is being sold for a great price, but looks can be deceiving. Yes, there are absolutely some items that you should be buying at Costco, but there are also some items that you probably shouldn’t, for one reason or another, particularly if you’re trying to save some money. If you want to know how to make the most of your Costco membership, you need to know about the things that you should buy at Costco and the things you shouldn’t.

Most people are reluctant to stray from their favorite brand of bacon (it is a very important kitchen staple), but according to Consumer Reports, that’s exactly what you should be doing. Consumer Reports found that Kirkland Signature regular sliced bacon is not only tasty and well-balanced but also typically costs less than competitor brands at other stores. It depends on your location, but you’ll save about $1.50 per pound on average buying Kirkland Signature bacon at Costco. Bacon freezes well, so if you eat it, there’s no real reason for it not to regularly be included on your Costco shopping list.

If you like to stock up on frozen pizzas and you’re a Costco member, consider buying them at the warehouse store. According to Good Housekeeping, Costco has four-packs of frozen pizzas for a very low price, meaning it’ll be far cheaper for you to keep pizza on-hand than dial up the local pizza place. Not only that but if you’re fully stocked, it won’t be much more difficult to put one in the oven than it’d be to order one either.

You want to make sure any batteries you’re buying are ones that’ll work well and last for awhile, so you can get the most bang for your buck, right? Buying Kirkland batteries at Costco can help you do just that. According to Kiplinger, you’ll pay far less per battery when you buy them in large packages at Costco.

Nuts are a great snack and, for the most part, very healthy. They can also, however, be very expensive. According to Refinery29, if you want to make the most of your budget, but still want to be able to buy high-quality nuts, you should buy them at Costco. This 30-pack only costs about $20, which is a terrific buy.

Prescriptions are an important part of taking care of yourself. According to Consumer Reports, you can get your prescriptions filled at Costco without being a member and, not only that, but they’re typically offered at a discount. Sometimes the discounts are so good you don’t even really need health insurance. If you’re trying to save at the pharmacy, looking at your options at Costco could be one way to do so.

Page Page 1 of 4
Previous article: 20 Beyond Fascinating Facts You Probably Didn’t Know About Scarface
Next Post: 17 Genius Uses For Everyday Items You Probably Never Knew About