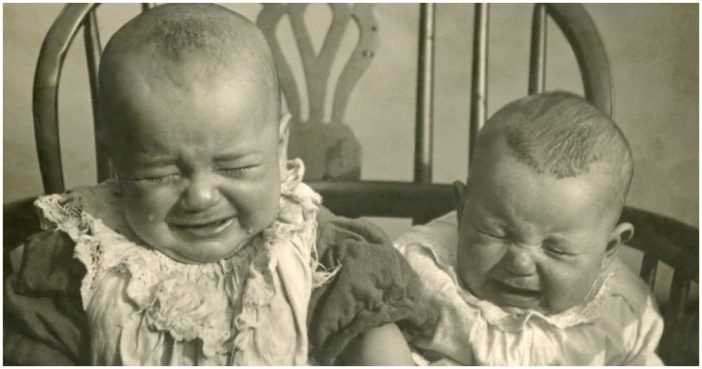 For everything that’s changed in the decades since the rule of Queen Victoria, there’s one thing that definitely hasn’t changed: people are still seriously messed up, just in different sorts of ways. Here are some of the weirdest, strangest practices from the Victorian Era that you never knew about.

Child emigration you’ve ever seen any Victorian period piece, you’ve seen the adorable but filthy children that live in the streets, picking pockets and causing a general sort of trouble. The plight of orphan children was very real, and according to writer and historian Sarah Wise (via Spitalfields Life), estimates suggest that there were around 30,000 children were living on the London streets in 1869.

Wealthy philanthropists took up the cause, including Miss Annie Macpherson. Macpherson set up some schools to teach the kids useful skills, but the problem soon became overwhelming. So she changed gears and became a champion of the disturbing practice of emigration: kids as young as five years old were pulled off the streets and out of workhouses to be shipped overseas to British colonies. Many ended up laboring as farm help or working as domestic servants, and by 1904 Macpherson alone had sent 12,000 children to Canada.

The Maritime Archives & Library of the National Museums Liverpool says children were also sent to Australia and New Zealand, and between 1870 and 1914, 80,000 kids were sent just to Canada. The practice was hugely controversial even at the time, as the agencies rarely followed up on the kids they placed overseas and investigations showed that contrary to the lofty goals emigration societies had, their lives rarely actually got better.

2. The reasons you could be committed to an insane asylum were, well, insane

According to Cornwall’s Bodmin Hospital, the population of the country’s insane asylums skyrocketed through the 19th century. Apparently, most of the patients fell under three labels: the manic, the melancholic, and those with dementia. The symptoms of those diagnosed with the Big Three varied, and they weren’t the only reasons you could be committed—nor was England the only place that went a little crazy with all the crazy.

Women weren’t left out, either, and there are some equally bizarre reasons they could be admitted to an insane asylum. Those include things like “imaginary female trouble” and “hysteria,” along with “rumor of husband murder” and “fits and desertion of the husband.” Yikes.

3. You could make a living as a grave robber

We can all agree it’s better that medical students learn about dead bodies before they start poking around inside living ones, but Victorian-era schools were faced with a problem. The historic UK says that the only bodies they could legally dissect were those that had belonged to someone who had been sentenced to death for a crime, and in 1823, Britain passed a law that made fewer crimes end in the death penalty. Doctors-in-training still needed to learn, and that meant they needed to get their bodies somewhere else.

That somewhere else was the cemetery, and if you want some seriously grim reading you can find it in The Diary of a Resurrectionist. Written by James Blake Bailey of the Royal College of Surgeons of England, he gives a great insight into the everyday life of a resurrectionist—the label given to the people who dug bodies out of their graves. Not only did they get a price for each body, but they were also given a fee to be kept on retainer and a fee once the body was delivered. There was a massive market in selling teeth, too, and those usually went to dentists.

The fresher the body, the more in demand it was. So when cemeteries started installing watchtowers and guards, body snatchers had to get creative. Some—like William Burke and William Hare, the most famous of the era’s body snatchers— just turned to murder to get the freshest bodies possible…with no digging required.

4. A beauty routine included things like ammonia, arsenic, and lead

Standards of beauty might change from generation to generation. But Victorian beauty routines read like something out of a chemistry textbook—specifically the part near the back where they list all the stuff that’ll kill you.

Harper’s Bazaar ran a column called “The Ugly Girl Papers: Or, Hints for the Toilet” (via Atlas Obscura). It offered practical beauty advice, but today we’d recognize it as being insanely dangerous. White skin was all the rage, and women achieved that by washing their faces with ammonia, then covering them with lead-based paint. And don’t think you could get away with going bare-faced at night, either, because in order to keep that fresh-faced look, the column suggested rubbing some opium on before bed. For those who were really committed, Sears & Roebuck sold a product called Dr. Rose’s Arsenic Complexion Wafers. Yes, it was arsenic, and yes, women were instructed to eat them.

If you were unlucky enough to have thin eyebrows and eyelashes, a nightly smear of mercury could help with that. And speaking of eyes, watery eyes were all the rage, too…for some reason. To achieve that look, women could use lemon juice, perfume, or belladonna as eyedrops. The latter did, of course, cause blindness, but people have been suffering for beauty for ages.

Page Page 1 of 3
Previous article: 15 Unexpected And Surprising Origins Of Modern Wedding Traditions
Next Post: 14 Rare Historical Pictures That Show You How Different The Past Was