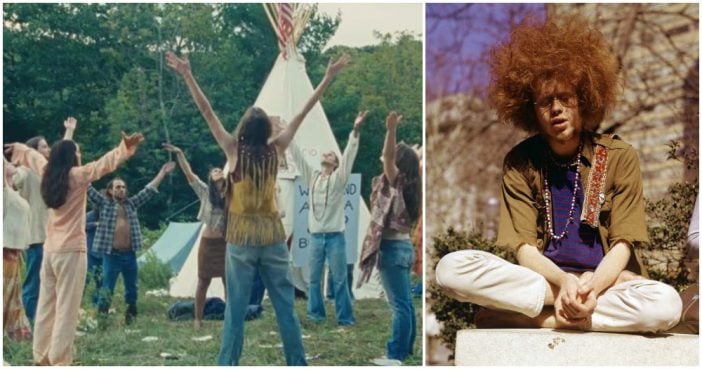 During the 1960’s, the ‘hippies’ ushered in a counter-culture movement of peace, free love, and good times that left the world forever changed. And while many of us may not believe it, our grandparent’s generation was most likely a part of that amazing revolution of love.

In a series of pictures, it becomes clear that without drugs, good music, and activism, we would not have the best aspects of the modern world we live in.

A Couple Standing in the Midst of Woodstock 1969

A hippy is pictured topless in the crowd at Knebworth rock festival in 1979.. Hippies Dancing in the Middle of a Field at Woodstock 1969

Dancing in the Rain at Woodstock

It Was the Era of Free Love…..

Page Page 1 of 2
Previous article: “Happy Days” Star Marion Ross Remembers Erin Moran Ahead Of The Cast’s Upcoming Reunion
Next Post: This Looks Like A Normal Bungalow But The Interior Hasn’t Been Touched Since The 70s