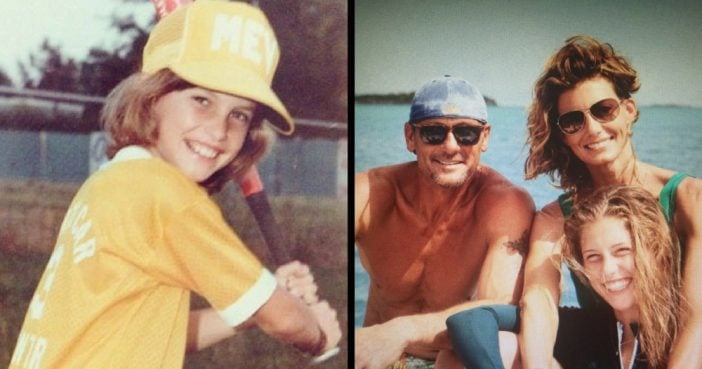 A guy who by his own account lives in extremes, he had gone too far with booze and drugs and ballooned to 215 pounds. Hill, trying to keep him stable and solid, gave him a ­ultimatum: Partying or having a family. Pick one, buddy.

McGraw stopped ­partying and gave up carbs and sugar, too. He lost 40 pounds and developed topographical-map abs. Lots of music stars hire personal trainers, but to maintain his 30-inch waist, McGraw tours with Roger Yuan, a martial arts expert who trained Daniel Craig for Skyfall and Henry Cavill for The Immortals. Afternoon workouts help him “sort of build into the character by the time we hit the stage,” he says.

Inside one of the weight rooms at Capital One Arena, which is home to three pro sports teams, Yuan leads us through a training session that mixes yoga, martial arts, and CrossFit; a one-hour whirlwind of burpees, Hindu pushups, and other ­exhausting exertions. One involves ­rotating an iron plate 360 degrees over your head; Yuan grabs 45-pound plates for himself and McGraw, then sizes me up and hands me a 25-pound plate. I’m more relieved than insulted.

At precisely 4 p.m., Hill leaves to begin the ­hours-long process of ­becoming a stage-ready goddess. I resist the urge to join her.

At the end of the hour, after I have succeeded in not dying, McGraw claps me on the back and says I did well. I feel proud — until he ­mentions it’s the third ­workout he and Yuan had done that day.

McGraw is ­comfortable in arenas, he told me earlier, because he was a ­athlete. He entered college on a baseball ­scholarship, but then pawned his high school ring to buy a ­guitar. Pretty soon he had dropped out and moved to Nashville. He sounded almost surprised that he’s now a ­headlining country singer and his ­explanation of how it ­happened led to another episode of revealing marital banter.

McGraw: I didn’t really teach myself to play guitar until my freshman summer of college. That’s when I started.

Hill: It was a way to get girls. That’s why he did it.

McGraw: It was a good way to get laid. That was the whole point.

“It worked pretty well!” He looks at Hill. “Sorry, Mama.”

The first Soul2Soul outing — though Hill had opened for McGraw’s Spontaneous Combustion Tour in 1996.

Grosses $47.8 million and sells nearly 969,000 tickets to over 65 shows, according to Billboard Boxscore.

The Soul2Soul II Tour becomes the highest-grossing country tour of all time, earning over $141 million.

With three kids by this point, Hill says it’s “probably the last time for a really, really long time” that the couple will tour together.

Soul2Soul: The World Tour kicked off in New Orleans in April and will end in Sacramento, Calif., in July 2018, after more than 100 shows.