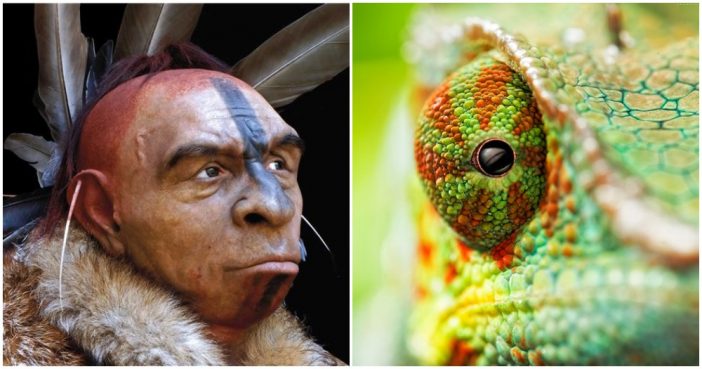 It’s the job of your teachers, parents, and elder, to teach you the ways of the world. But what happens when everything you learned growing up was a lie? There is a huge amount of things that you were taught to believe but aren’t actually true at all. This list covers 17 things that you’ve probably spent your entire life believing and turns them upside down. If you want to impress your friends in conversation next time be sure to read all of these great factoids.

While this is a science myth, it doesn’t mean you should bring your toaster in the bath with you. The reason you shouldn’t swim in a lightning storm doesn’t have to do with the water itself. Pure water is actually an insulator, which means it doesn’t conduct electricity. The danger comes from the minerals and chemicals in it called ions, which have an electric charge. While pure water is theoretically safe around electricity, it’s nearly impossible to find in the real world because even distilled water has ions. Check out these other 51 “fun facts” that are total lies.

2. Blood is blue in your body

A widely shared myth is that blood is blue until it is exposed to air or replenishes its oxygen. Because veins are a greenish blue, that theory sounds reasonable enough. But the fact is, human blood looks the same in your body as outside: red. That hue is brighter when it’s oxygen-rich and darker when it needs that oxygen replenished, but it’s red all the same. The tissue covering your veins affects how the light is absorbed and scattered, which is why the blood circulating your body looks blue. Don’t miss these other 50 myths about the human body.

The giant, scaly lizards you see in Jurassic Park probably don’t look that close to what actual dinosaurs looked like. While scientists are still debating what the oldest and biggest species were covered with, one thing is for sure: At least some had feathers. Velociraptor arm fossils have bumps that look just like the ones keeping modern birds’ wings in place, and bones of a Siberian species discovered in 2014 was surrounded with imprints of feathers. While some scientists argue larger species like the tyrannosaurus rex didn’t need big feathers, others theorize that they had at least some form of light feathering, like how elephants are mammals but don’t have thick fur.

4. Humans only use 10 percent of their brains

The idea of unlocking hidden brain power might make a compelling storyline for a movie, but it simply wouldn’t happen in real life. One fact playing into the myth is that 90 percent of brain cells are “white matter” that help neurons survive, and only ten percent is the “grey matter” of neurons in charge of thinking. But that white matter could never be used for brain power, so claiming 90 percent of our brain is wasted is like saying you waste peanuts when you throw out the shells. Any fMRI scan will show you that even saying a few words light up way more than ten percent of your brain. Scientists haven’t uncovered any area of the brain (much less 90 percent) that doesn’t affect thought, movement, or emotion in some capacity. Check out these other 55 health myths that won’t go away.

5. The Great Wall of China is the only man-made structure you can see from the moon

Interestingly, this myth has been around at least since 1932, when a Ripley’s Believe it or Not! cartoon deemed the Great Wall of China is “the mightiest work of man—the only one that would be visible to the human eye from the moon.” Of course, that was almost 30 years before a machine would touch down on the moon, so the claim was entirely unfounded. Astronauts have now confirmed that even the Great Wall actually can’t be seen from space, except at low altitudes. Even at those (relatively) low heights, it’s actually easier to see roads and plane runways, whose colors don’t blend into the ground like the Great Wall’s do. Not that the landmark isn’t impressive—find out what it’s really like to repair the Great Wall of China.

Yes, chameleons can change color by stretching and relaxing cells that contain crystals, which affects how the light is reflected. They can’t change any color to match their surroundings, though, and their color changes don’t have much to do with camouflage. Instead, chameleons use the crystals mainly for communication (dark colors signal aggression, like when a female doesn’t want to mate), but also temperature control (lighter colors reflect the heat). Those changes aren’t directly used for camouflage, though—just the opposite, in fact. The dull brown and green “resting colors” of chameleons blend in with their surroundings until they switch it up. Other animals are masters at hiding, too—can you spot the animals camouflaged in these photos?

Page Page 1 of 3
Previous article: Tooth Fairy Pens Note To Boy On His ‘Dreadful’ Tooth Brushing And It’s Hilarious
Next Post: The One Type of Cake Every British Royal Has Served at Their Wedding