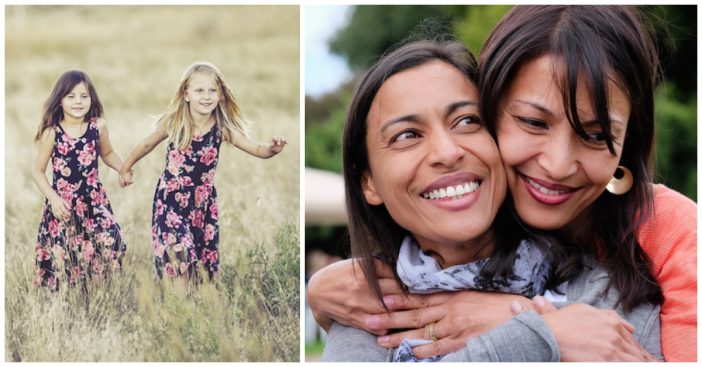 Do you have a sister? If you do, science is telling you that it may make you a better person.

There was a study in 2010 done on this exact subject that was published in The Journal of Family Psychology. The study examined 400 families with multiple siblings with at least one between the ages of 10-14 years old. The results showed that having a sister promoted positive mental health in the siblings, whether they were male or female.

The results of the study also showed that siblings who have a sister have a greater capacity to empathize with others, communicate and resolve conflicts.

Laura Padilla-Walker, a professor in the university’s School of Family Life (and the lead author of the study), said that even with any bickering that may occur, “as long as they have affection, the positive will win out.”

Boys who grew up with sisters than to be better communicators with women later in life. So that can be good news if you are dating or married to a man who has sisters!

In sibling relationships where the parents have both passed away, the study also found that sisters do more to keep the family together.

So remember that even when you fight with your sisters, it isn’t the end of the world. Your sister is actually helping you, whether you realize it or not. Your siblings are often with you through thick and thin and through your whole life, so cherish those relationships and work to keep them strong.

Do you have a sister? Share this article with her!

Previous article: ‘Deadliest Catch’ Star Blake Painter Has Passed Away At Age 38
Next Post: 9 Baby Names That Are Banned In New Zealand