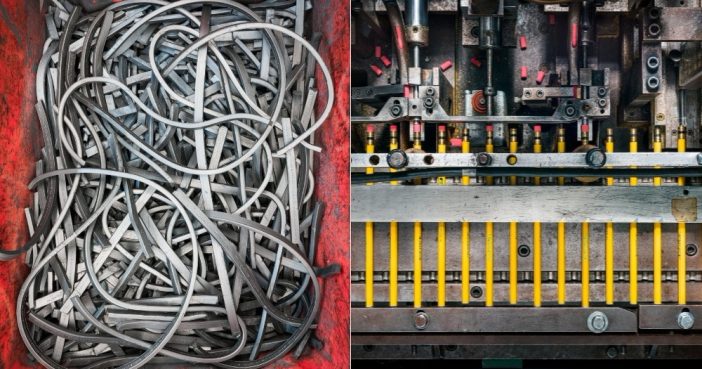 A pencil is a little wonder-wand: a stick of wood that traces the tiniest motions of your hand as it moves across a surface. I am using one now, making weird little loops and slashes to write these words. As a tool, it is admirably sensitive. The lines it makes can be fat or thin, screams or whispers, blocks of concrete or blades of grass, all depending on changes of pressure so subtle that we would hardly notice them in any other context. (The difference in force between a bold line and nothing at all would hardly tip a domino.) And while a pencil is sophisticated enough to track every gradation of the human hand, it is also simple enough for a toddler to use.

Such radical simplicity is surprisingly complicated to produce. Since 1889, the General Pencil Company has been converting huge quantities of raw materials (wax, paint, cedar planks, graphite) into products you can find, neatly boxed and labeled, in art and office-supply stores across the nation: watercolor pencils, editing pencils, sticks of charcoal, pastel chalks. Even as other factories have chased higher profit margins overseas, General Pencil has stayed put, cranking out thousands upon thousands of writing instruments in the middle of Jersey City.

Extrusions of graphite are collected for recycling.

Packing graphite, which is the consistency of sand, is used to distribute the oven’s heat evenly around the graphite cores. Afterward, the packing material will be poured out and recycled.

Graphite cores cooling after being dipped in heated wax.

These graphite cores were heated in an oven to remove moisture and harden the material.

After being heated, graphite cores are placed in perforated cans and dipped in hot wax.

The pastel cores are fragile and must be carefully placed by hand into the cedar slats.

The employee seen here has worked at General Pencil for 47 years. The mixer behind him handles pastels and charcoals.

Page Page 1 of 3
Previous article: Internet Freaks Out Over the News That All Skittles Actually Taste the Same
Next Post: This Couple’s 68th Wedding Anniversary Photo shoot Is Seriously the Sweetest Thing Ever