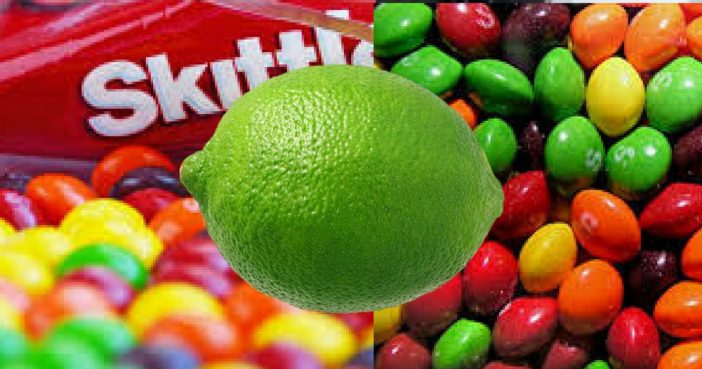 According to a recent NPR article, “Skittles have different fragrances and different colours—but they all taste exactly the same.”

Tears have been shed and relationships have crumbled over the contentious issue of Skittles flavor ranking. In the upper echelons of the rainbow-flavored hard sweet, you, of course, have the red (generic berry, potentially strawberry) and the orange ones. The midrange flavor is clearly the greens (lime) and festering at the bottom of the Skittles hierarchy are yellow (lemon) and purple (blackcurrant).

But what if we told you that colored sweets like gummy bears and Skittles are actually all the same flavor, and it’s just our brain that interprets the taste differently because of their colors? According to scientific studies into the flavor, smell and color can influence our interpretation of taste, even if there’s no difference between the substances.

While this isn’t technically new news, an article from NPR published this month covering the phenomenon is currently causing Twitter to lose its shit. The piece explains, “our brains associate the color yellow, a lemon smell and a slightly acidic taste with each other. When you’re offered two of these three sensory cues, your brain will fill in the blanks.”

In order to get to the bottom of this pressing Skittle flavor mystery, the MUNCHIES London and New York offices joined forces to conduct a blind taste test. Forget Wikileaks, this was the greatest journalistic issue of our time and it was about to get blown wide open by a bunch of adults chewing Skittles with their eyes closed at 4 in the afternoon.

The results were … inconclusive. Both offices seem to believe that the sweets had different flavors, despite this directly contradicting a claim in the NPR article that, “Skittles have different fragrances and different colours—but they all taste exactly the same.” However, not every flavor was correctly guessed, making us wonder whether the sweets are, in fact, flavored differently.

MUNCHIES staffers were able to correctly identify lemon, blackcurrant, and strawberry—three out of the five different Skittle flavours—leading us to believe that there are distinct tastes. A second theory also emerged, positing that the sweets’ colored coating is flavored but their inner sugar goo is all made of the same stuff.

This needed to be tested. After successfully removing the outer shell via a combined effort of nibbling and sucking on the sweet (yes, this is my job), I find that a residual flavor remains, though significantly reduced.

Arguably, the Skittles tagline of “Taste the Rainbow” suggests that perhaps the sweets’ flavor *does* come from their colors, rather than flavors. Could this be the key to cracking the enigma?

We may never know.

Are you really tasting the rainbow?

Previous article: Can You Ace This Grammar Quiz?
Next Post: Absolutely Amazing: A Look Inside One of America’s Last Pencil Factories