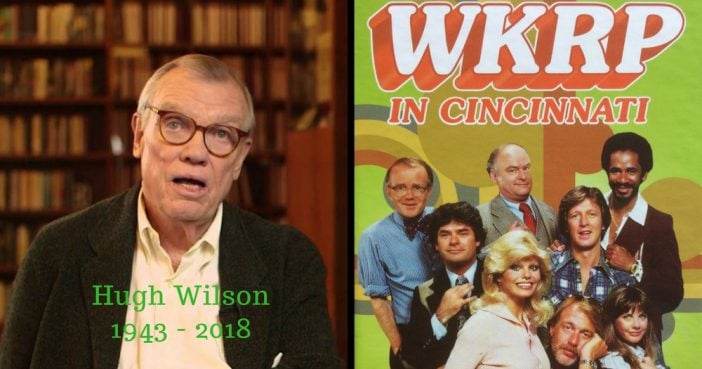 Hugh Wilson, creator of the CBS comedies “WKRP in Cincinnati” and “Frank’s Place” and writer-director of the first “Police Academy” movie, died Jan. 14 in Charlottesville, Va. He was 74.

Wilson was a writer for the “Bob Newhart Show” and “The Tony Randall Show” and won an Emmy for best comedy writing in 1988 for “Frank’s Place.” He received Emmy nominations for his work on “The Famous Teddy Z” and “WKRP in Cincinnati.” He was twice awarded the Humanitas Prize, given for television and film writing that promotes meaning and human dignity.

Wilson excelled as a creator of ensemble comedies with enduring appeal. “WKRP,” which ran from 1978-1982, revolved around a motley group of characters at a run-down Cincinnati radio station. “Frank’s Place,” which lasted only one season in 1987-88, was set a restaurant in New Orleans. Both shows are often cited among TV’s all-time best comedies.

He is survived by his wife, five children, and four grandchildren.

Previous article: The 12 Terrifying And Creepiest Ghost Bombs That Will Make Your Skin Crawl
Next Post: The Heart Wrenching Finale of the Endearing 90s Show, ‘Dinosaurs’