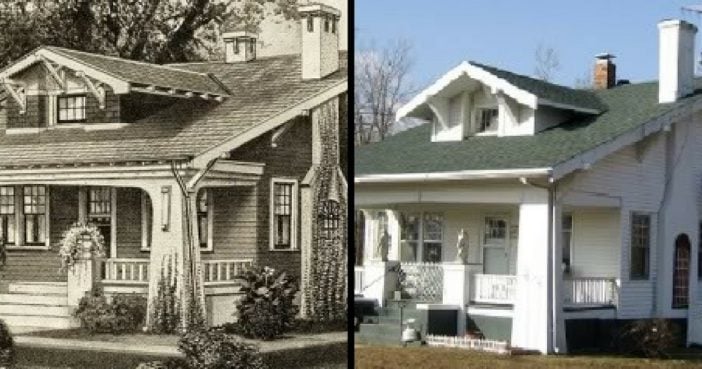 You may have seen the viral images of tiny homes you can order from Amazon or barn kit homes. However, mail-order kit homes are nothing new. If anything, they’re a blast from the past.

According to the Preservation and Conservation Association, precut, mail-order homes are a uniquely American invention. Sears, along with several other companies like Aladdin and Montgomery Ward, began selling precut homes or “kit homes” in the early 1900s.

While the idea of receiving a barn in the mail may sound novel these days, back then, due to the agrarian nature of American society, it made total sense.

Unlike today, at the turn of the 20th Century and into the next few decades a majority of Americans were rural dwelling folks. Subsistence farming was the rule, rather than the exception, in the 1910s and 1920s. In fact, many historians credit subsistence farming with keeping the nation from starving during the Great Depression.

Sears Roebuck and other precut home manufacturers sold agricultural buildings like barns, chicken coops, and even horse stables. They claimed you could save as much as 30% above simply buying the materials needed to build your own.

Since railways were the common method of travel and shipping, most towns were accessible via railroad. You could get a barn shipped to you even if you lived in a small town.

Finding an authentic Sears mail-order barn still standing these days is difficult. Many burned or were torn down, but the one from the ad above may have looked like the pic above.

Page Page 1 of 3
Previous article: Charlie Chaplin’s Granddaughter Has Grown Up To Be Gorgeous
Next Post: The 12 Terrifying And Creepiest Ghost Bombs That Will Make Your Skin Crawl