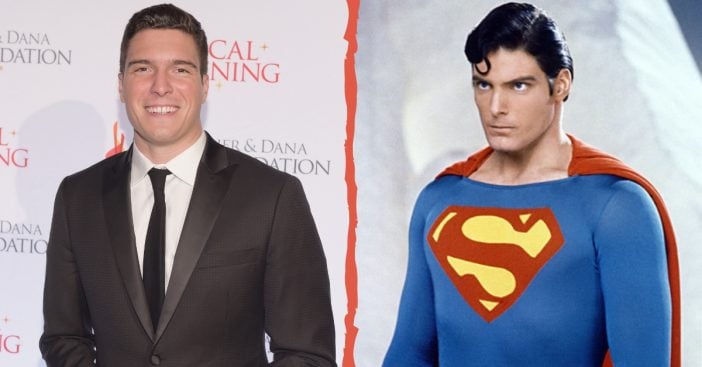 William Reeve, the youngest son of Superman actor Christopher Reeve, is all grown up and looks just like his father! He is also making a name for himself in the sports broadcasting world as a SportsCenter and ESPN contributor. Additionally, he’s been making his parents even prouder of him by playing a role in the charitable organization named after his parents.

Now 29 years old, it’s unreal how strikingly similar he looks to his father, who was left a quadriplegic after being thrown from a horse during an equestrian competition.

Before he passed away, the Hollywood star established the Christopher Reeve Paralysis Foundation to support the search for treatment and ultimately a cure for spinal cord injury. Following the lung cancer death of his wife, and William’s mother, Dana, in 2006 at the age of 44, the charity was renamed the Christopher & Dana Reeve Foundation.

Aside from his charity work, as previously mentioned, William is huge into sports. He went on to tell PEOPLE that his family always connected through sports. “We shared a very deep bond in general, but sports was definitely a major component of our family bond,” he said.

He is extremely successful today, making his dad proud

Will graduated from Middlebury College in 2014, earning a bachelor of arts degree in English and American Literature. He was a production assistant for ABC’s Good Morning America before joining ESPN in 2014.

His father, Christopher, died in 2004 at the age of 52 after spending the last nine of his years paralyzed from the neck down. According to news outlets, Christopher’s last day alive consisted of watching his son play in a hockey game, and nothing seems more family-oriented or fitting than that.

Aside from his work in sports broadcasting, Will is an ambassador and board member for the Christopher and Dana Reeve Foundation, a beautiful way to keep his parents’ memories and legacies alive. He also leads the Reeve Foundation Champions Committee, which carries on the foundation’s mission through fundraising.

It appears that Will’s love life was on the down-low as well for quite a while. He was named one of the top 50 bachelors by Town and Country Magazine in 2016, but from the looks of his Instagram, he seems to have a lucky lady by his side. We’re so happy for the positive direction his life has taken him after the death of his parents. He is so deserving of it!

*in the most hilariously mortifying way possible https://t.co/2NQ85QEJVr

Today, William is an active news reporter and recently made headlines for his attire while on the air with Good Morning America. It appeared as though he wasn’t wearing any pants, and he had forgotten to ensure the camera was panned, higher-up. The news reporter did follow up with the wardrobe malfunction, laughing about it more than anything. He posted a statement to his Twitter account, explaining that he “got ready for a post-GMA workout a little too soon” that morning. “Now, back to work. Wearing pants,” he hilariously ends the statement. He posted that with the caption, “Hope everyone got a much needed laugh.”

When WFH goes wrong (or, your self-framed live shot goes too wide).
Hope everyone got a much needed laugh 😂 pic.twitter.com/GbyLBhL7Be

At least he’s a good sport about it!

In 2021, in what was the “Rise and Shine” segment of GMA, William was on assignment in Alaska when he felt a greater connection to his father than ever. Remembering his dad’s fascination with whales of Alaska, he wrote a Father’s Day editorial about it, noting how it triggered his own imaginings about them and that this was the fulfillment of a dream to see the whales himself.

Be sure to SHARE this article if you think Christopher Reeve and his son look the same!

Check out the video below of Will Reeve opening up about his father:

Previous article: Entire Disney Park Closes Due To One Guest’s Afterparty
Next Post: Jane Campion Challenges Sam Elliott To A ‘Shootout’ For ‘Power Of The Dog’ Comments