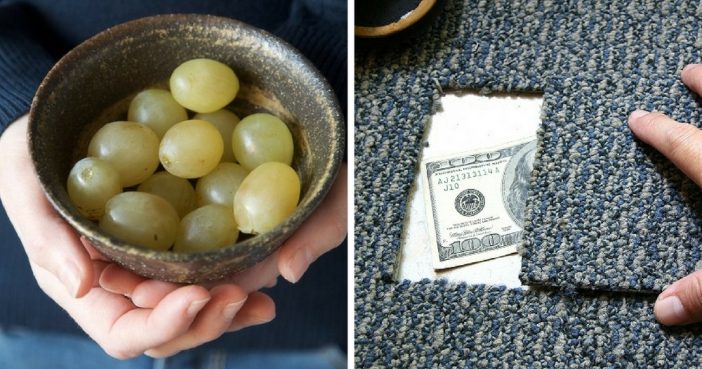 It might sound quite brutal, but many of our southern neighbors say it’s totally fine. In some parts of Mexico, mainly in the south, people put the past behind them by making a human-sized dummy called “el Viejo” (the grandpa) or “año Viejo” (past year) that they set ablaze at midnight on New Year’s to close an old cycle and start afresh. The tradition can be found in other Latin American countries, such as Ecuador, where it’s OK for these dummies to look like anything from politicians to evil cartoon characters. Go wild.

6. Pop some grapes and grab a suitcase.

Fruits are also the main protagonist in this Latin American tradition: In some countries, such as Venezuela or Bolivia, people believe good luck comes from eating exactly 12 grapes at midnight.

For those yearning to travel in the coming year, there’s another trick – rolling a suitcase down the block or around the house so you’ll explore numerous destinations in 2018. Some Latin Americans believe that ending the night by counting money will give you more to spend on upcoming travels.

7. Fill your house with money – and some round fruit.

There’s no need to head to the ocean for good luck on New Years in the Philippines. Instead, people wear clothes with polka dots and jump as much as possible at midnight, also hoping to get a few inches taller. To bring more prosperity in the new year, Filipinos also scatter coins in every room when the clock ticks midnight. Another good luck tip from the country: Keeping the lights on and having 12 round fruits on the dinner table.