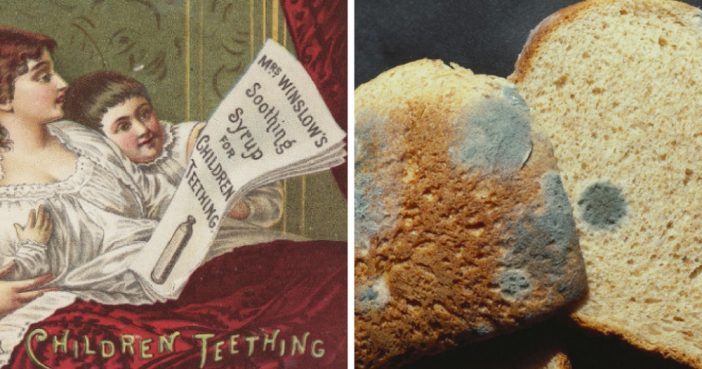 It’s pretty obvious that with time and new technology, medicine has advanced in ways that we never knew were possible. Vaccines have eliminated illnesses that used to actually kill people, engineers have been able to create robotic limbs that work, and so on. Today’s doctors, researchers, and scientists have made groundbreaking discoveries.

Before all of that, of course, there was a whole lot of trial and error. People had to use the natural world around them as materials for medical treatments.

There’s no shortage of bizarre stories about what the doctors of the past thought would work. Some animal brains were thought to be curative, drugs that are now illegal were used generously, electricity was used to treat certain disorders … you name it.

Are you interested in what kinds of outrageous medical treatments were used throughout history? Read below story. You’ll be thankful that you weren’t around when medicine was practiced like this.

Powder of Sympathy was created by Sir Kenelm Digby of the 17th century. The mixture was composed of rust, bits of mummified corpses, earthworms, and pigs’ brains. What was it used to cure? One very specific type of injury: rapier wounds.

Bloodletting was extremely popular for a long time. Different ailments were treated this way, and people thought these ailments were due to having too much blood. It traces back to the idea that the four humors — blood, phlegm, yellow bile, and black bile — needed to stay in balance.

Trepanation has been around forever. It basically involved drilling holes in someone’s head, usually to treat migraines and seizures. As it turns out, trepanation didn’t do much to cure head or brain problems. Go figure.

Modern medical analysis concerning urine has come a long way. Back in the day, doctors would only have their five senses to examine urine samples. This amounted to smelling, touching, and even tasting urine. Some people even bathed in it.

When the Black Death rose to prominence, an unlikely cure was created — farts in a jar. At the time, people thought the Black Death was caused by deadly vapors, so they believed in using “deadly vapors” to fight it. People were encouraged to take a whiff of the jar whenever the illness was near.