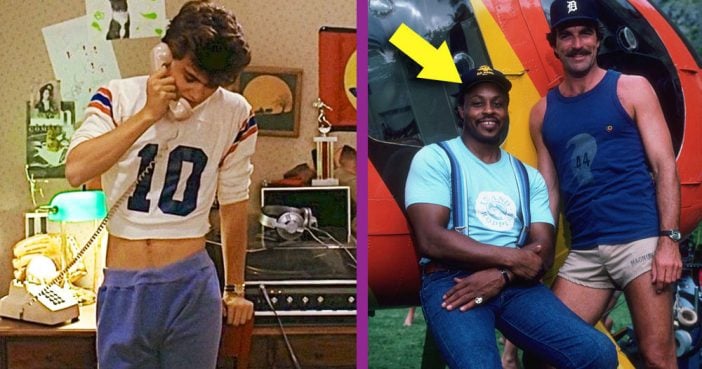 The 1980s are remembered for a lot of things, but one of the infamous things about the decade was the awful fashion. Whether you loved it or you hate it no one can deny it, the 80s has one of the most talked about fashion, paving the way for designers around the world. The 80s were a bold time, but these 15 terrible 80s men’s fashion trends should have never happened, some even making it into today’s fashion world.

These 15 men’s fashion from the 1980s will surely make you cringe.

No one knew what it meant, but if you were anyone and if you had the jacket, you were a member. Along with their enduring ad campaign quote, “When you put it on…something happens,” you just had to have one of these jackets. One thing is for certain, Members Only was at center stage of the 80s, but luckily, the Members Only club has been closed.

Just like pegged jeans, Members Only jackets, and popped collars, if you had acid washed jeans, you were cool. Luckily, the fad didn’t last long during the 80s, dying out within a couple of years. Unluckily, acid washed jeans are making a comeback today. It almost seems like people who didn’t experience the 80s somehow miss the fashion.

Headbands became a fashion statement. It didn’t matter where you were, what you were doing, or what you were wearing — a headband would make your outfit complete. During the early 80s, workout clothes became an everyday clothing item, but once that died out into the mid-80s, the headband didn’t go with it. Many rock stars would wear it for looks and to keep their long locks out of their faces. Thankfully, headbands are now almost exclusively worn just by athletes.

If you popped your collar during the 80s you were either preppy, rebellious, cool, or a douchebag — most of the time, all of the above. While it made a brief comeback amongst frat boys who get drunk and yell “my dad is a lawyer” every time they get busted for something, the popped collar has remained dead.

Like most things of the 80s, no one really knows how abstract shirts came to be popular. It just…happened. Abstract shirts also managed to somehow survive throughout the early 90s until everyone realized they looked like a terrible music video.

Page Page 1 of 3
Previous article: Do You Know What this Menacing Object is?
Next Post: Rare And Interesting Vintage Photos Of Classic Hollywood Stars Spending Time With Their Pets