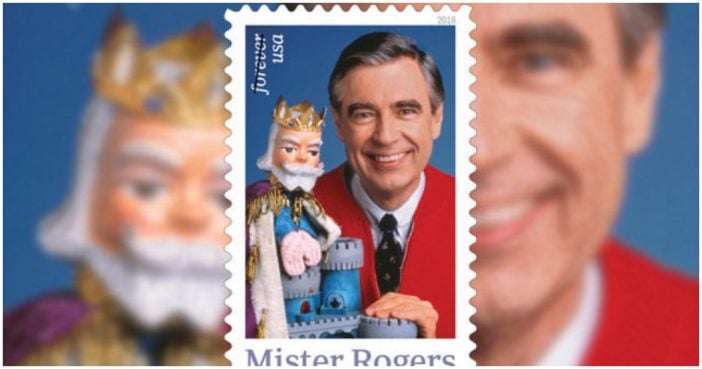 The United States Postal Service will issue a Mister Rogers stamp in 2018 timed to coincide with the 50th anniversary of PBS’s “Mister Rogers’ Neighborhood.”

The USPS made the announcement today, citing the “beloved television neighbor” who “inspired and educated young viewers with warmth, sensitivity, and honesty.”

A mock-up of a preliminary version of the Forever stamp shows Fred Rogers, wearing his trademark, red, zip-up sweater, with King Friday.

Previous article: Your Old Disney VHS Tapes Could Be Worth A Fortune!
Next Post: Chips Ahoy And Nutter Butter Cereals Are Hitting Shelves Soon!