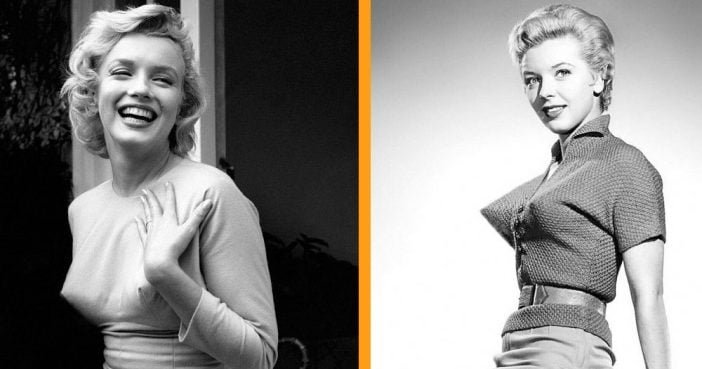 If you’re familiar with fashion from the 1940s and 50s then you may already be familiar with the bullet bra. If not, you may be thinking that it’s some sort of weaponized fashion piece. While it is quite sharp looking, the bullet bra is not a weapon, it is actually a popular fashion trend from the ‘50s.

It involved wearing a cone shaped bra, usually with a sweater over top and they were made famous by ‘the sweater girls’ which were various Hollywood actresses who adopted this style into their fashion.

Madonna even took part in this trend wearing one designed by Jean Paul Gaultier during her Blond Ambition Tour in 1990.

It certainly was a look, and these 8 photos of celebs rocking the bullet bra will make you think again about fashion from the 1950s.

1. You definitely don’t see many girls rocking this style anymore. Do you think it deserves to make a come back?

2. It would be a good option for ladies who are looking for a natural boost. Several girls opt for push up bras and other methods, why not a bullet bra?

3. These were revisited by modern day stars such as Katy Perry. She once wore a bra that sprayed whip cream and it was probably inspired by these guys.

4. These vintage photos are like a glimpse into a different world. Bullet bras were designed for ‘maximum projection’ and this was the time that underwire was starting to be used in the construction of bras.

Click on the ‘Next Page’ to see more bullet bras.