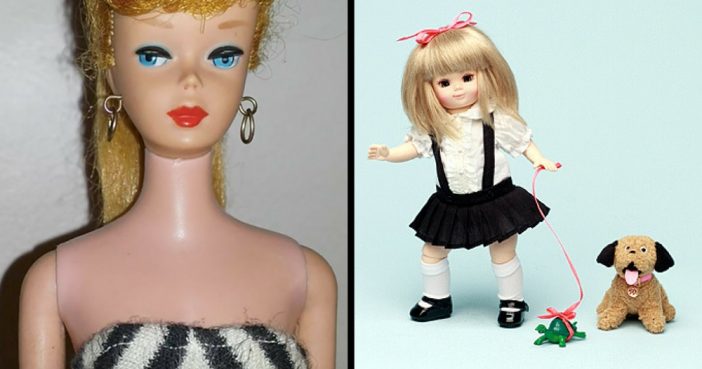 Look through this list of the most expensive action figures and dolls ever sold. Who knows? You might even own one of these precious gems. If not, maybe it’ll inspire you to hold onto your old toys when next year’s garage sale comes around.

L’Oiseleur (or the Bird Trainer) is the world’s most expensive doll. The renaissance figure plays the flute, has a pair of singing birds, and keeps a sword at her side. She’s gear-operated and made out of 2,340 parts. It’s no wonder she’s so costly!

These dolls are one of a kind; or you could say five of a kind, as there were only five produced. They were made for a charity auction in 2000 and are dressed in Harry Winston diamonds, Oscar de la Renta furs, Christian Dior clothing, and Swarovski crystals.

The diamond doll was created by Stefano Canturi, an Australian jewelry designer. Barbie wears a black strapless dress and a 1-carat pink diamond on her neck.

A German toy company made this to commemorate the 125th anniversary of the teddy bear. This limited-edition bear has a mouth of gold and sapphire eyes.

This vast collection of barbies is comprised of the notorious doll throughout the last 55 years. The price just goes to show how treasured Barbie really is.

The prototype of this famous action figure had 21 movable parts. The outfit worn was hand sewn and comes with a helmet and cantina. Stephen Geppi won the prototype in a 2003 auction, which was a nice addition to his comic store.

This action figure was created by artist Michael Lau and is based on a comic strip from East Touch magazine. Lau is known for creating vinyl-designed action figures, and there are only a few replicas of “Uncle.”

Standing as one of the most famous franchises ever, Star Wars’ original creations are widely pursued. In the pricey collection, you’ll find beloved characters, playsets, and ships.

As one of comic books’ most famed heroes, it only makes sense that an original Superman action figure would have such a high selling price. These valuable and pricey originals were first made in the 1940s.

Previous article: Watch Deleted Scene From Titanic That Would’ve Made The Movie 10 Times Sadder
Next Post: Amazing Photographs That Show How The World Is Changing