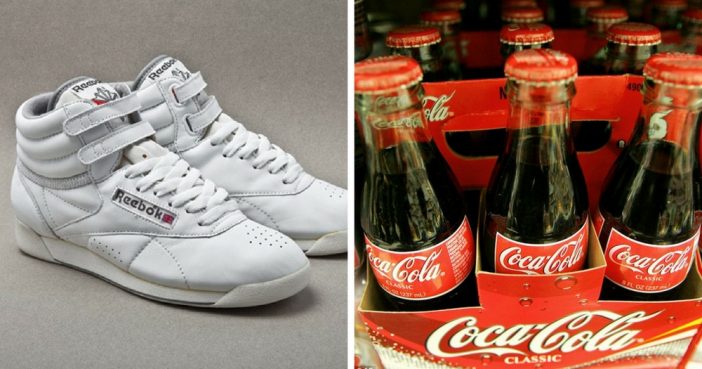 There are some global brands that almost every person in the world, from the 5-year-old kid to the 90-year-old grandma, is able to recognize, but how many of you know how these companies got their names and what they mean?

Here are explained 30 of them, and if you want to see the complete list take a look at this Wikipedia page.

If you like tell us in the comments if you already knew some of them.

named after the Greek goddess of victory. The Swoosh symbolizes her flight.

from the name of the founder Adolf (Adi) Dassler

derived from the coca leaves and kola nuts used as the flavoring. Coca-Cola creator John S. Pemberton changed the ‘K’ of kola to ‘C’ to make the name look better.

Originally (1933) Precision Optical Instruments Laboratory the new name (1935) derived from the name of the company’s first camera, the Kwanon, in turn named after the Japanese name of the Buddhist bodhisattva of mercy.

Pierre Omidyar, who had created the Auction Web trading website, had formed a web consulting concern called Echo Bay Technology Group. “Echo Bay” did not refer to the town in Nevada, “It just sounded cool”, Omidyar reportedly said. Echo Bay Mines Limited, a gold mining company, had already taken EchoBay.com, so Omidyar registered what (at the time) he thought was the second best name: eBay.com.

from the Adobe Creek that ran behind the house of co-founder John Warnock.

founder Jeff Bezos renamed the company Amazon (from the earlier name of Cadabra.com) after the world’s most voluminous river, the Amazon. He saw the potential for a larger volume of sales in an online (as opposed to a bricks and mortar) bookstore. (Alternative: Amazon was chosen to cash in on the popularity of Yahoo, which listed entries alphabetically.)

Latin translation of the German name “Horch”. The founder August Horch left the company after five years, but still wanted to manufacture cars. Since the original “Horch” company was still there, he called his new company Audi, the Latin form of his last name. In English, it is “hark”.

named by Tom (Thomas John) Watson Sr, an ex-employee of National Cash Register (NCR Corporation). To one-up them in all respects, he called his company International Business Machines.

Page Page 1 of 3
Previous article: Pawn Shop Owners Reveal The Most Frightening Things People Have Brought To Pawn
Next Post: Watch Deleted Scene From Titanic That Would’ve Made The Movie 10 Times Sadder