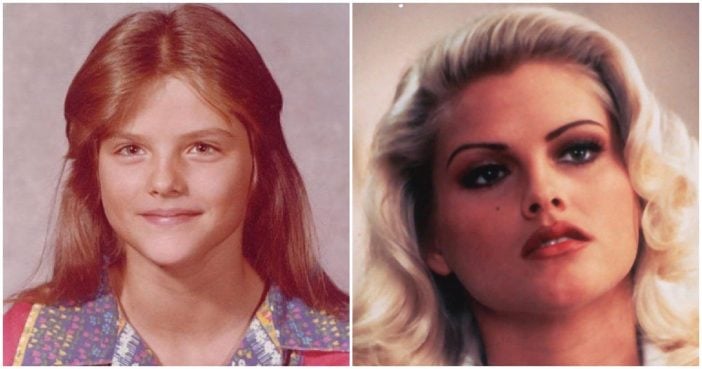 In the 1990s, Anna Nicole Smith took the nation by storm. It seemed as if she had come from out of nowhere and was suddenly absolutely everywhere. From the pages of Playboy to one of The Naked Gun sequels to her own television show, Anna Nicole Smith was a presence in the world.

When her mother again remarried, Vickie Lynn saw an opportunity and took her new stepfather’s last name, becoming Nikki Hart. Though she was still in school, in 9th grade she was shipped off to live with her auntie in the Mexia, Texas.

The small Texas town of Mexia didn’t have a whole lot to it. Nikki Hart went to Mexia High School but didn’t do too well. She flunked her first year of high school. When the sophomore year came around, she dropped out of school entirely. She instead spent her time working at Jim’s Krispy Fried Chicken, a local joint.

There, she met a boy named Billy Wayne Smith and, presumably, fell in love. On the 4th of April, 1985, at just 17 years old, the couple were wed. Less than a year later, their son Daniel was born.

Now Vickie Lynn Smith (I guess “Nikki” didn’t stick), she set her sights on larger aspirations. Her idol was Marilyn Monroe, and she wanted to reach the same heights as her idol. She moved back to Houston and left her son in the care of her mother while she started work at a strip club called Pleasures.

It was here, in 1991, that she met the man who might change her life, Texas oil tycoon J. Howard Marshall II. The two hit it off and began a relationship. She was, of course, still married at this time.

In 1992, Smith had sent some nude photos of herself to Playboy for their consideration. This turned out to be a pretty good deal for her, as she was invited to shoot for the magazine and appeared on its March 1992 cover.

Further, she was named the Playmate of the Month for the May issue in 1992. Things were starting to look up in a big, big way for Vickie Smith, as she was being billed in Playboy. Even greater things were ahead, and she wouldn’t even have to wait all that long.

After showing up in Playboy, Vickie Smith had turned some heads. Once Claudia Schiffer’s time with Guess jeans ended, Smith was picked up and, during the campaign, she finally became Anna Nicole Smith. The Guess job was huge for Smith. She was constantly in front of the camera lens, and soon started picking up more gigs, like one for H&M, a Swedish clothing company.

With H&M, she made her way onto billboards in Europe. She even made it to the pages of Marie Claire. Not just the pages, the cover. She was moving up, and very quickly.

Not all of her photo shoots turned out so well, however. Anna Nicole Smith was more than a little taken aback when she appeared on a magazine cover of New York magazine with the title “White Trash Nation.” The photo they chose showed her squatting in cowboy boots, wearing a short skirt and eating chips. Not long after that August 1994 issue was released, Smith’s lawyer filed a suit, saying they were misled and the usage of the photo was unauthorized.

Additionally, the photo which was used on the cover was taken during a break and not actually part of the shoot, the suit claimed. When asked about it, the magazine’s editor said, “I guess they just found the picture unflattering.” It is believed the suit was settled out of court.

The relationship between Anna Nicole Smith and J. Howard Marshall continued for years. He gave her gifts and asked her to marry him over and over again. On February 3, 1993, Smith divorced her husband of eight years, Billy Wayne Smith. A year and change later, she and Marshall were wed. On the day they were married, Smith was 26 years old and Marshall was 89.

Rumors say she never lived with him, never made love with him or kissed him on the lips more than a handful of times. Some people even suggest she married him for money. Nevertheless, Smith always said she truly loved her dear husband. Just over a year later, Marshall died at 90 years old.