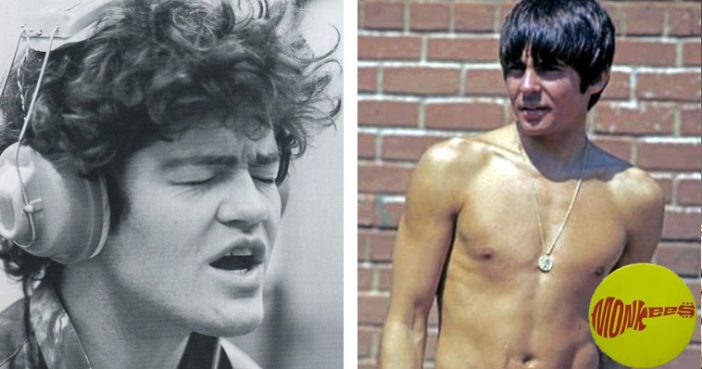 While the world was entrenched in the mop-topped Beatles, Hollywood executives were looking for the next version of Beatlemania. After seeing The Beatles’ film A Hard Day’s Night  Bob Rafelson and Bert Schneider were inspired to create Rafelson’s idea for The Monkees.

On July 14, 1965, The Hollywood Reporter stated that future band member Davy Jones was expected to return to the United States in September 1965 after a trip to England “to prepare for [a] TV pilot for Bert Schneider and Bob Rafelson”. Jones had previously starred as the Artful Dodger in the Broadway theatre show Oliver!, which debuted on December 17, 1962, and his performance was later seen on The Ed Sullivan Show the same night as the Beatles’ first appearance on that show, February 9, 1964. Rafelson and Schneider already had him in mind for their project after their plans for the Lovin’ Spoonful fell through; when they chose him, he was essentially a proto-star looking for his lucky break.

On September 8–10, 1965, Daily Variety and The Hollywood Reporter ran an ad to cast the remainder of the band/cast members for the TV show:

Out of 437 applicants, the other three chosen for the cast of the TV show were Michael Nesmith, Peter Tork, and Micky Dolenz.

Nesmith had been working as a musician since early 1963 and had been recording and releasing music under various names, including Michael Blessing and “Mike & John & Bill” and had studied drama in college. Of the final four, Nesmith was the only one who actually saw the ad in Daily Variety and The Hollywood Reporter.

Tork, the last to be chosen, had been working the Greenwich Village scene as a musician, and had shared the stage with Pete Seeger; he learned of The Monkees from Stephen Stills, whom Rafelson and Schneider had rejected as a songwriter.

Dolenz was an actor who had starred in the TV series Circus Boy as a child, using the stage name Mickey Braddock, and he had also played guitar and sung in a band called the Missing Links before the Monkees, which had recorded and released a minor single, “Don’t Do It”. By that time he was using his real name; he found out about The Monkees through his agent.

This Rare black and white footage of Mike Nesmith, Micky Dolenz, Peter Tork, and Davy Jones’ auditions for the 60s hit NBC television program “The Monkees”. This rare footage shows Jones following Dolenz in their audition. They clearly feel extremely awkward as they strive to secure their spots on what is now considered an iconic TV series. It’s funny, Dolenz couldn’t even narrow down one pair of shoes to wear so he wore two different ones! And ‘The Monkees’ were born!

Dolenz described the Monkees as initially being “a TV show about an imaginary band … that wanted to be the Beatles, [but] that was never successful”. The actor-musicians became, ironically, one of the most successful bands of the 1960s. The Monkees sold more than 75 million records worldwide and had international hits, including “Last Train to Clarksville”, “Pleasant Valley Sunday”, “Daydream Believer”, and “I’m a Believer”. At their peak in 1967, the band outsold the Beatles and the Rolling Stones combined.

Previous article: This Anti-Bullying PSA Is Amazing – And Surprise, It Was Made By Burger King
Next Post: Viral Video Helps Homeless Man Reunite With His Son After 15 Years