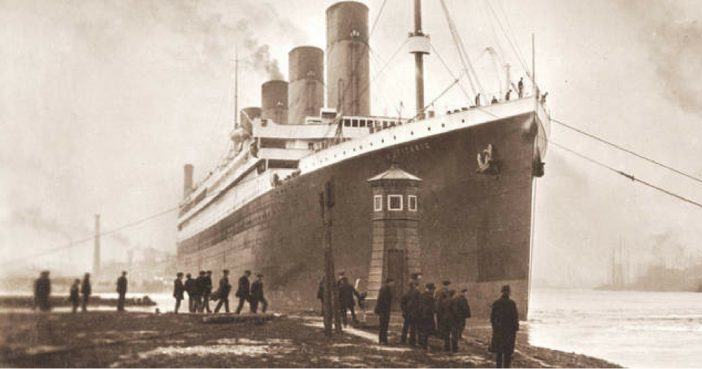 Four days into the Titanic’s maiden voyage, this passenger liner, the largest commercial liner of it’s time, struck an iceberg and sunk two miles to the ocean’s floor, killing approximately 1500 of 2200+ passengers. This is the deadliest peacetime maritime disaster of all time.

Here is the rarely seen footage of the demise of this historic shipwreck.

Titanic: The Final Word With James Cameron : James Cameron and his team pull together a new CGI of how they believe the Titanic sank and reached the ocean floor. This is fascinating:

Here is a real time video of “The Unsinkable Titanic” dedicated to the souls who lost their lives on April 15, 1912 and to the memory of those who survived.

There have been many conspiracy theories about this devastating tragedy.

If the titanic didn’t sink and the Olympic did, where does that lead? Share your comments below…

Previous article: From Child Prodigy To “Mr. Showmanship”
Next Post: Celine Dion Tears Up During Her Performance Of “My Heart Will Go On”