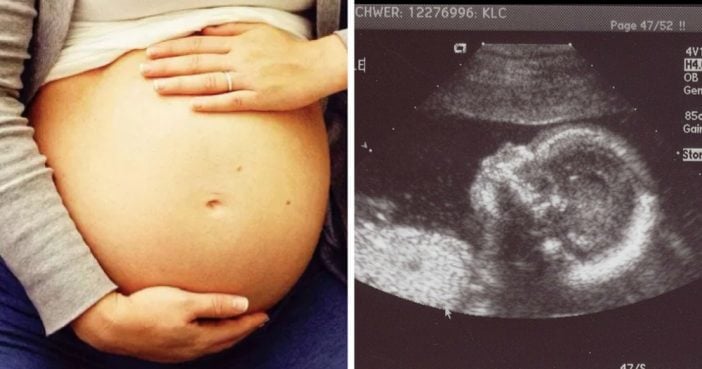 Thanks to technological advancements and lots of clever scientists, it’s not that difficult to find out whether you’re having a boy or a girl. Your sonographer should be able to tell you with some certainty (although not 100%) at your 20-week scan, assuming your baby’s genitals are in a viewable position. Genetic testing is the only way to know for sure. It is only offered to couples considered to be at high risk of genetic abnormalities because some of the methods carry a risk of miscarriage.

Before these high tech options were available, couples had to rely on old wives’ tales to try to guess what sex their baby was. Of course, there is always a 50% chance of getting it right, but these ‘ways to tell’ have been passed down through generations. You can hardly make it down the street without people stopping you to tell you what you’re having, and how they know. You’ve probably already heard them all, especially if you’ve decided not to find out your baby’s sex before the birth. These aren’t scientific predictions, so they probably won’t be accurate – but they might be fun:

The old wives of days gone by thought it was possible to predict the sex of the baby based on how the mother looked. If people are queuing up to tell you just how beautiful, glowing and blooming you are now that you’re knocked up, you could be carrying a boy. If people are looking at you with worried eyes and asking if you’re feeling okay, it’s probably a daughter zapping the life out of your feeble body.

According to ancient wisdom, acne during pregnancy hints that you’re having a girl. A perfect complexion could be a sign that you’re expecting a boy.

3.The Feel Of Your Skin

Carrying a boy is said to give you dry skin, so if you’re enjoying the silky smooth skin, you could be expecting a little girl.

The baking soda test, which is said to be 80 percent accurate, is relatively easy to perform. All you have to do is mix two tablespoons of baking soda with your urine. If it fizzes, it’s a boy; if nothing happens, it’s a girl.

Another one is to take a look at your wee (glamorous, right?). If it’s bright you could be carrying a girl. If your urine is dull or clear, it might be a baby boy hiding in your uterus.

The Linea Nigra That ‘dark line’ that has appeared on your bump is apparently the key to working out whether you’re carrying a boy or a girl. Rumour has it that if the line continues above your belly button, you’re having a boy. If it finishes below your belly button, you have a girl bun in your oven.

Page Page 1 of 3
Previous article: Sally Field Hilariously Tries To Hook Her Son Up With Olympic Figure Skater, Adam Rippon
Next Post: Want Fries with that: Creepy Floating McDonald’s That Has Been Abandoned For Nearly 30 Years