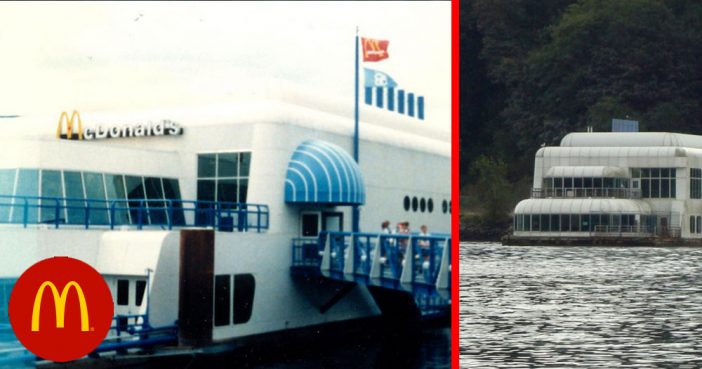 McBarge was a popular McDonald’s fast-food restaurant specially constructed on 187 foot long barge for the World’s Fair Expo ’86, that was held in Vancouver, British Columbia, Canada.

It was for  the celebration of Vancouver’s centennial from May till October 1986. This floating attraction officially was titled Friendship 500. It was the second nautical-themed McDonald’s restaurant. The first floating McDonald’s was in St. Louis, Missouri, built to showcase the steamboat era. Friendship 500 had to present the future of technology and architecture.

McBarge was designed by the designers of the naval architecture and marine engineering company Robert Allan Ltd. It was built for $12 million (or today’s $26 million). It was aimed at the younger population, who would love to eat with the captain of the ship.

There was a dining room with panoramic views of Vancouver and a hidden kitchen. The staff wore sailor uniforms and the whole  interior was organized in nautical manner and theme. It was an instant hit but sadly only during  the six month event. Soon it turned into a bad investment.

Page Page 1 of 2
Previous article: 16 Old Wives Tales For Gender Predictions
Next Post: 25 Nose-Twitchin’ Things You Might Not Know About Elizabeth Montgomery