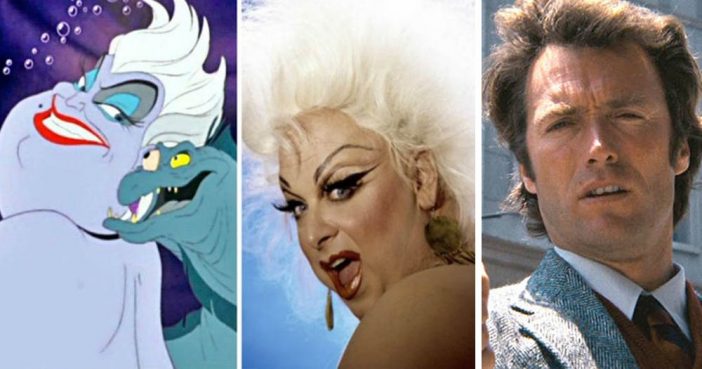 Ever wonder how the creators of your favorite movies and tv shows come up with their characters? Well, they usually just draw from personal experiences and real-life people.

Here are a few of your favorite characters and the people who inspired them.

Sydney Greenstreet was famous for playing selfish and greedy gangsters (like in “The Maltese Falcon”) — just like a certain space worm from “Star Wars.”

The evil sea witch from “The Little Mermaid” was pretty accurately based off a popular drag-queen from the 70s. Harris Milstead (better known as Divine) dressed in drag for the film “Pink Flamingos” (along with several others during his career).

Teachers often leave lasting impressions on students, and John Nettleship was no different. J.K. Rowling had Nettleship for a chemistry class in her youth and he inspired her to create Professor Severus Snape when writing the “Harry Potter” series.

The crazy Robert De Niro character from “Taxi Driver” was based off of Arthur Bremer. Bremer was an awkward loner (just like Travis Bickle) who tried to gain attention by assassinating George Wallace.

Just like Bickle, he ultimately failed and was sentenced to 53 years in prison.