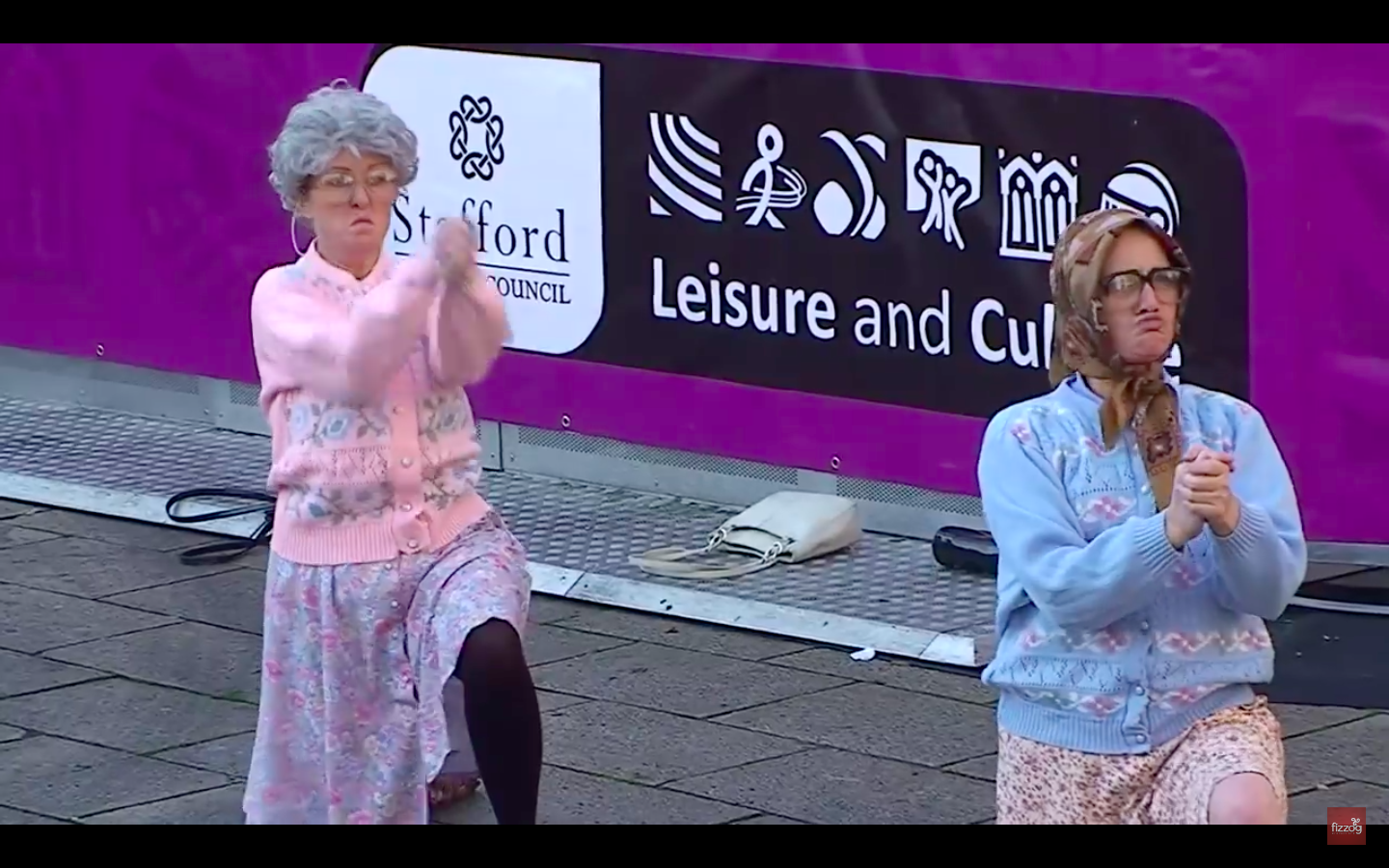 If you see a group of elderly women dancing like women half their age, you’re going to stop and watch.

A group of women has taken the U.K. by storm through their seemingly impromptu dance battles on street corners and farmers’ markets. Complete with canes and curlers still in their hair, the “grannies” suddenly become the worst dance troupe in the city.

Their skirts are flower-printed and run nearly to their ankles, but they don’t let that get in the way of their jumpin’ and jivin’. The comically large-framed glasses and booties to match their skirts add to the ensemble, and it’s no doubt that most people get quite a kick out of watching them strut their stuff.

But alas, they’re not really “grannies.” In fact, all four of the women are between 33 and 51, and are all part of the Fizzog Productions’ dance group. Sue Hawkins, 42, Jackie Fellows, 51, Deb Nicholls, 42, and Emma Rollason, 33, make up the fleet-footed quartet.

After one of their first videos went viral across social media, the “Dancing Grannies” have become something of a local icon.

“I just put it up to show friends and family really,” said a lucky witness, who posted the video to YouTube. “Then, I was getting notifications left, right and center from people across the world. I didn’t ever think it was going to be this popular. From the morning after, it just spiraled out of control.”

“I have had friend requests online from people everywhere, like Australia and Japan this week,” they continued, telling the Daily Mail. “It is unbelievable.”

What’s truly unbelievable is the idea that a group of women who appear eligible for Social Security are busting out moves to rival all comers.

Of course, the women who are actually performing as the “grannies” aren’t ones themselves, but the crowds at their performances seem to enjoy it just the same.

Page Page 1 of 2
Previous article: Try Solving this Math Problem #5
Next Post: Do You Remember These 15 Defunct Restaurant Chains?